We don’t always get to experience every adventure for ourselves. To be able to support someone else and their journey is a satisfying substitute. When the team from Everyday Adventure told us they were planning a winter swim in the Lake District, we wanted to be involved even if we didn’t get to explore with them in person this time.

To celebrate their 2nd Birthday, they planned an expedition to swim the width of five lakes in the Lake District. Their kit list for their event consisted of two cars, a team of eight, wetsuits, DryRobes, bespoke KitBrix bags and some essential film equipment. What we appreciate about the team is that the kit, although essential, is not the focus. The kit is an enabler. The priority was to acknowledge the two year journey for the team and explore the awe inspiring backdrop that is the Lake District. 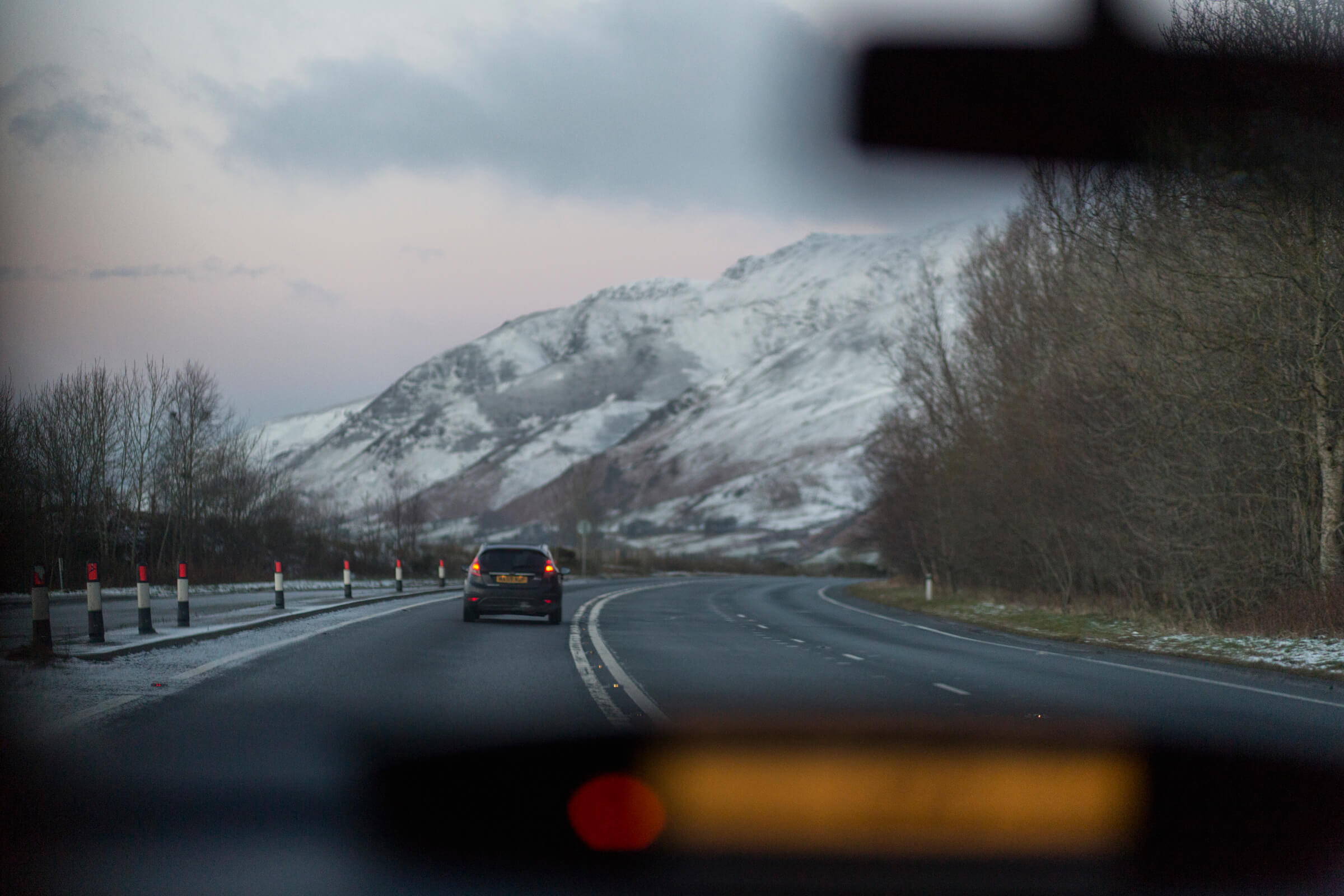 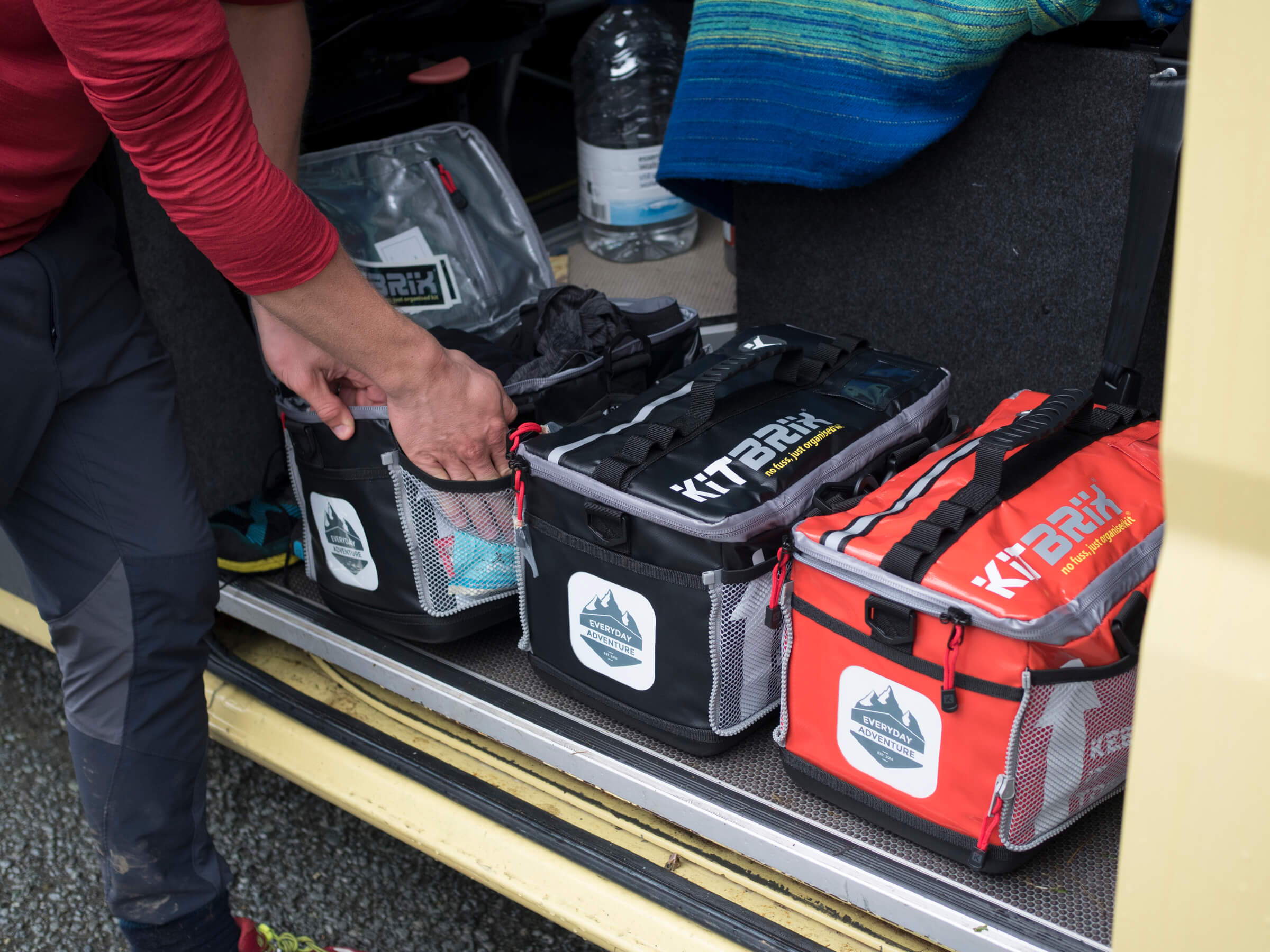 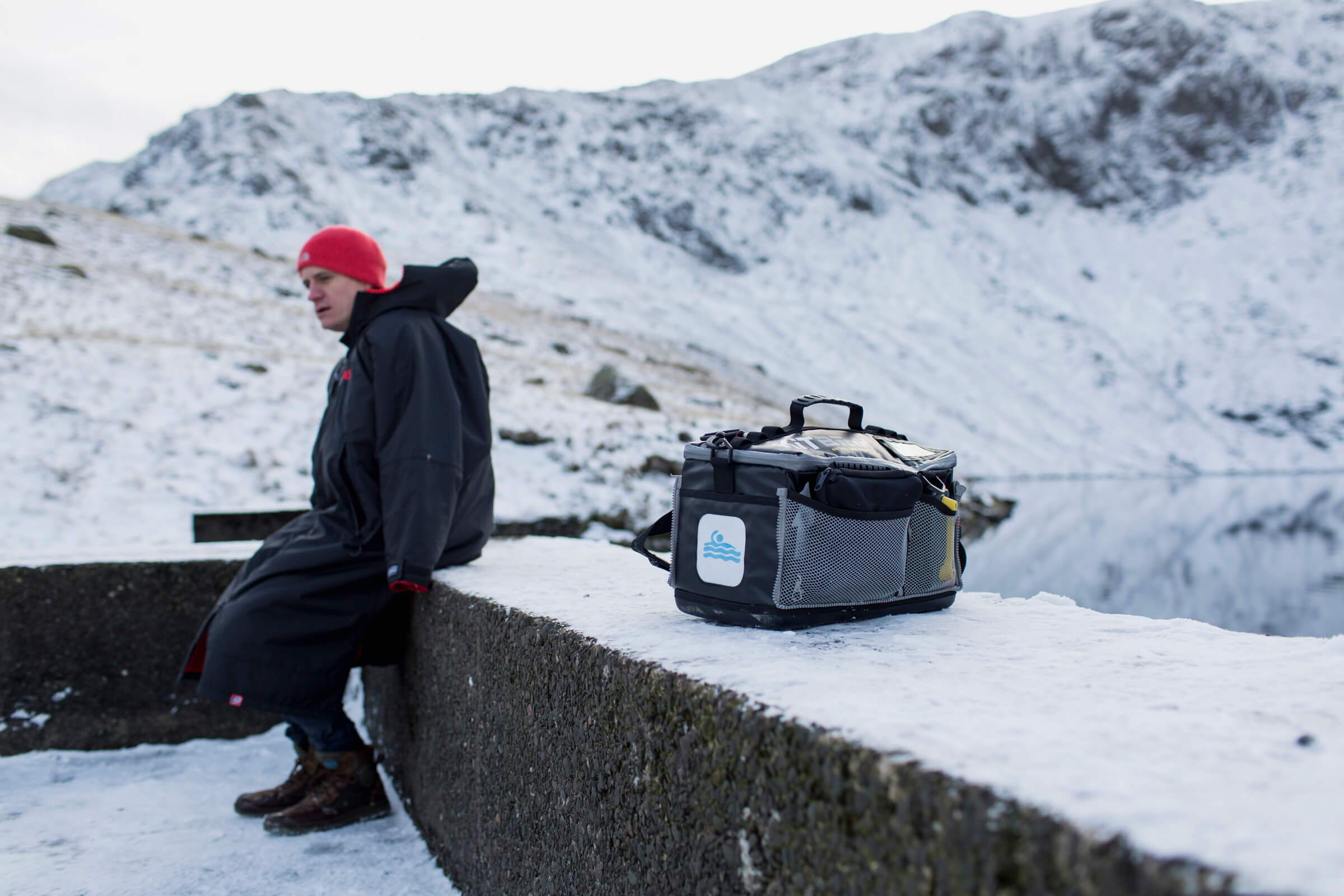 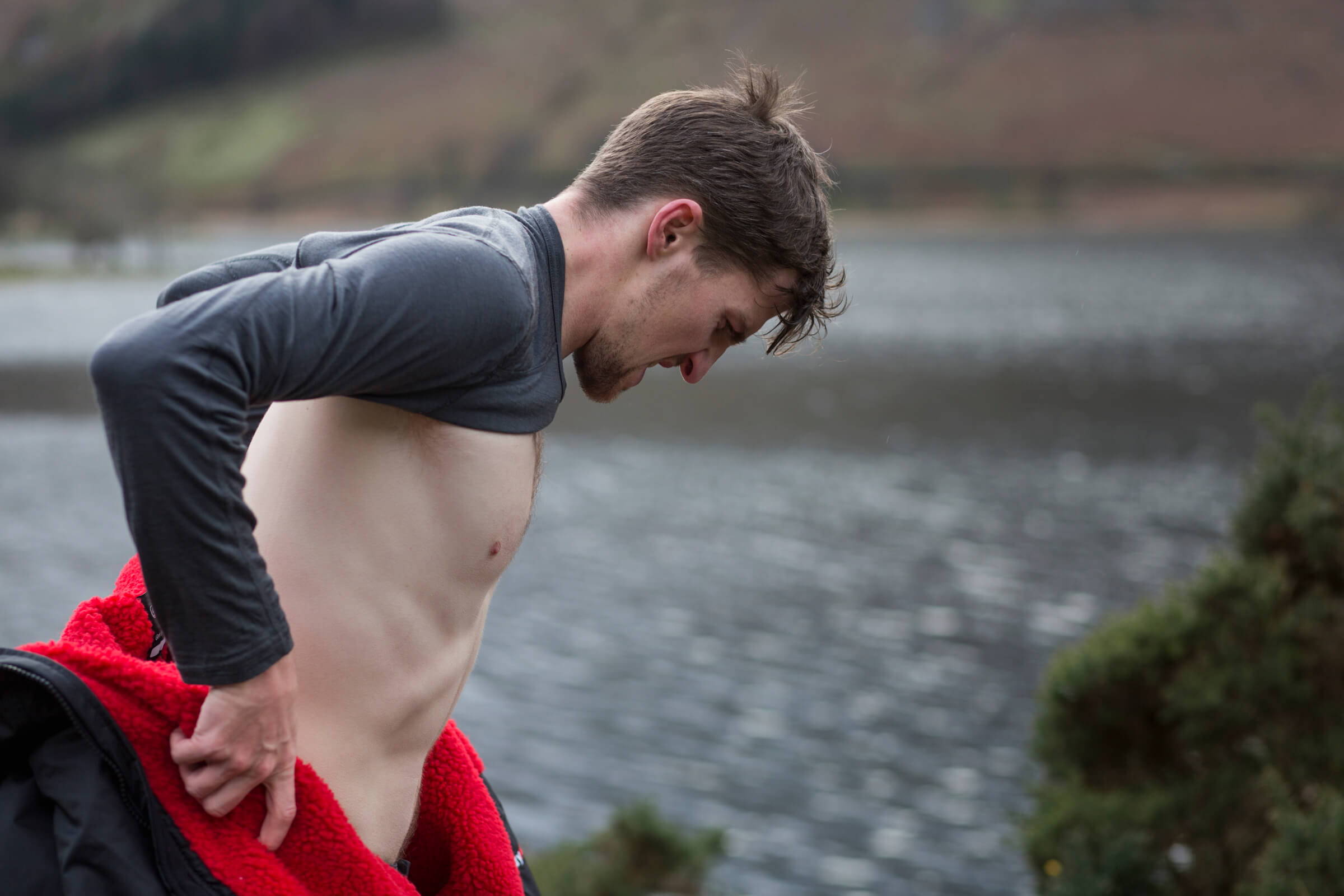 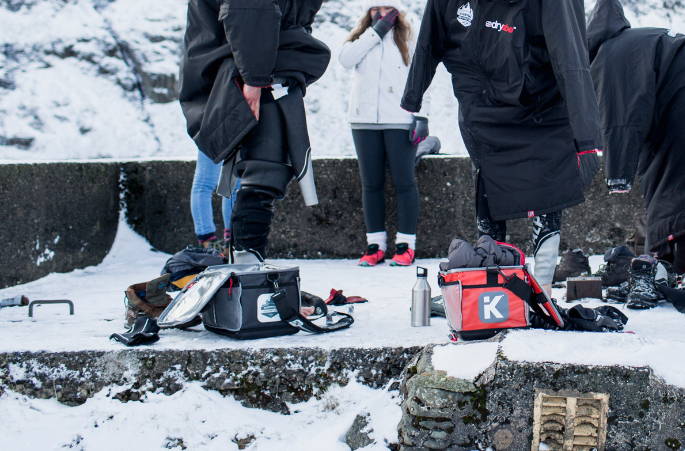 Visiting the Lake District is one of the most popular breaks for people across the UK and is becoming ever popular with international travellers that want to escape the usual tourist areas of London and the bigger cities. The team travelled in December in light winds and no rain. Although snow wasn’t expected, the previous day downfall managed to set the scene nicely for a soul-calming environment. Agood time for reflection and a positive time of remote isolation.

With 12 of the largest lakes in England and 3,105 kilometres of rights of way, this is truly one of Britain's breathing spaces and knew as soon as they arrived that they had made the right call although there were a few doubts and worrying moments with the weather forecast at times.

There are a number of Lakes in the area but the team opted for the quieter ones of Bassenthwaite, Buttermere, Crummock Water, and Blea Water alongside Ullswater which can get slightly busier especially during the summer months. 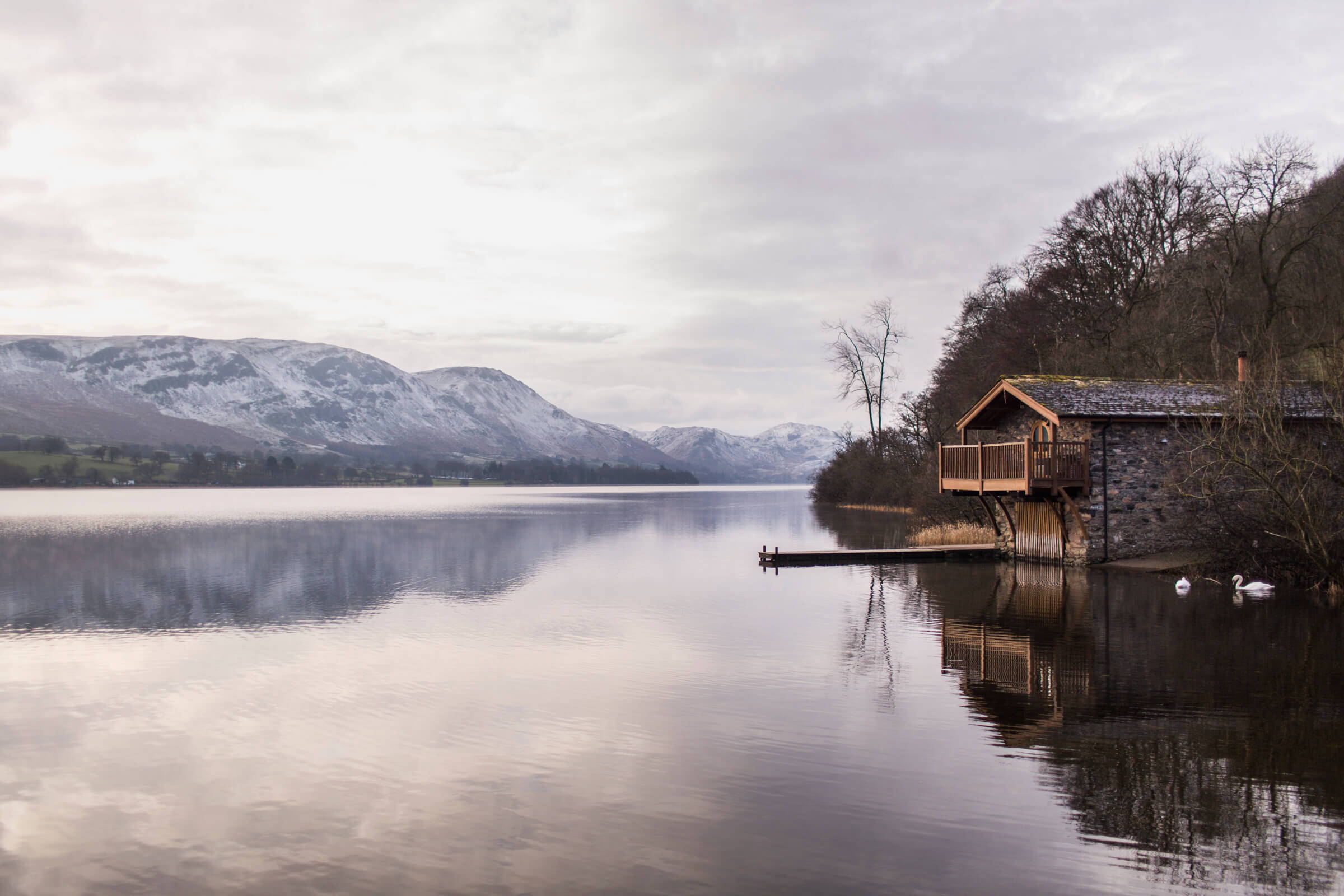 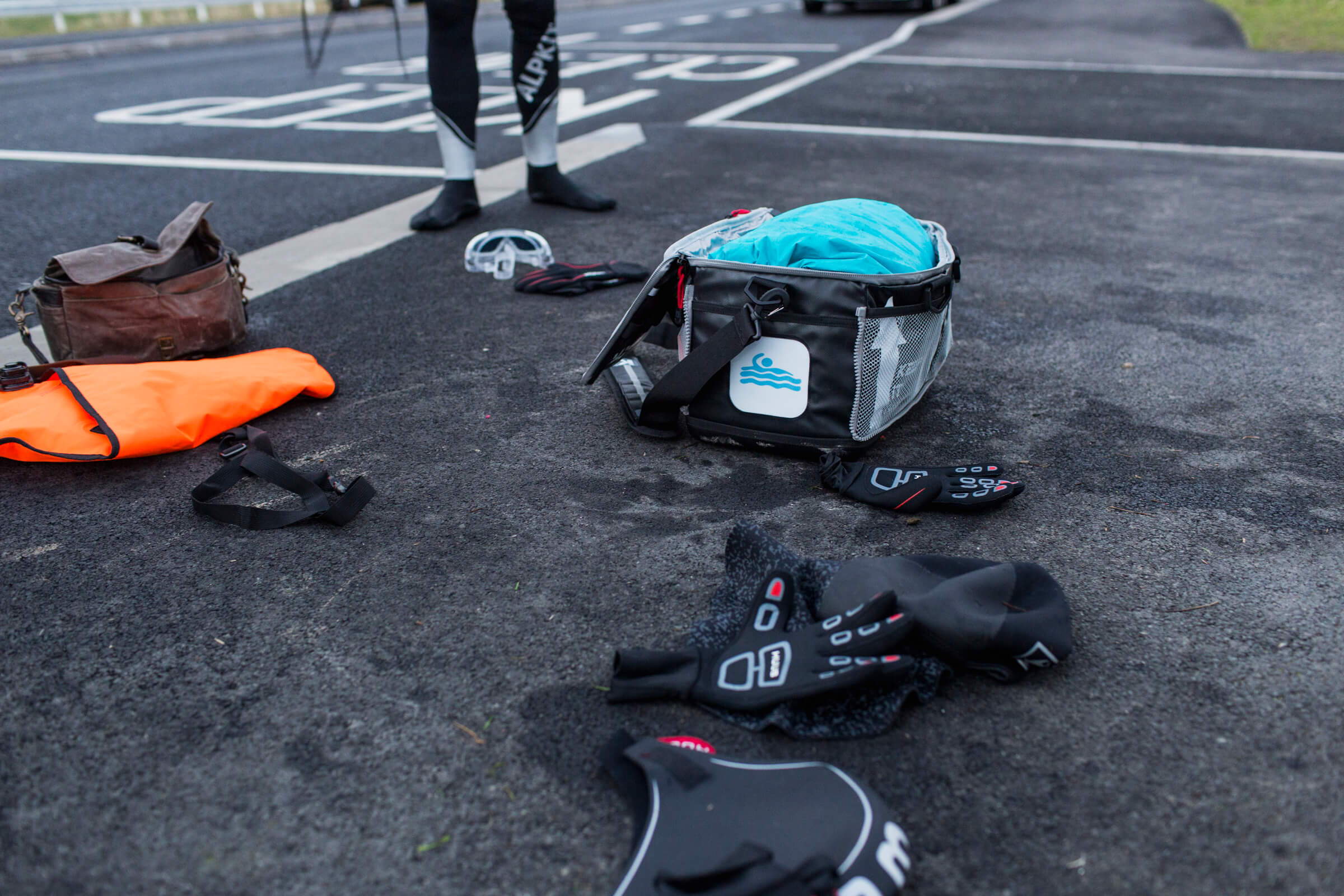 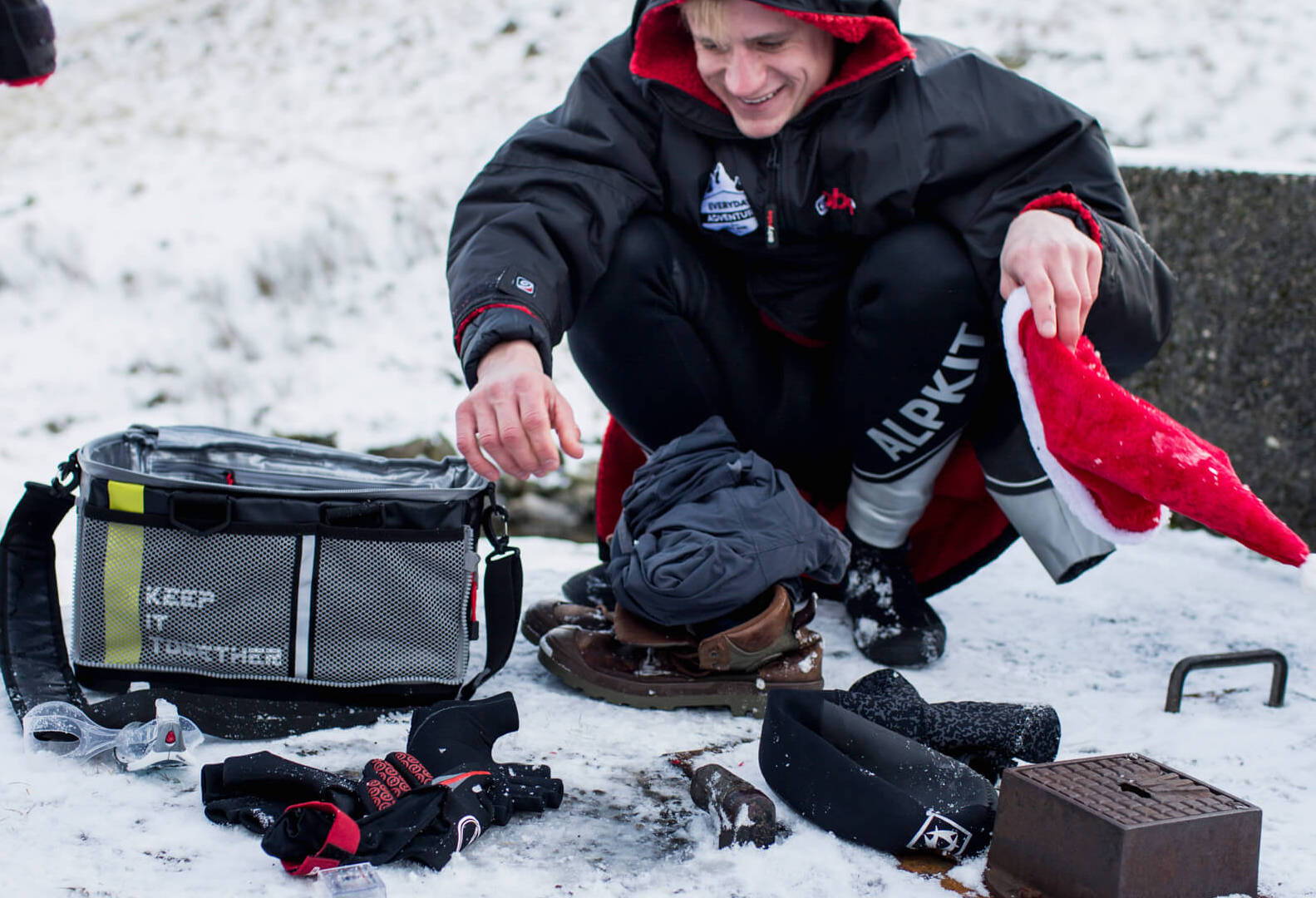 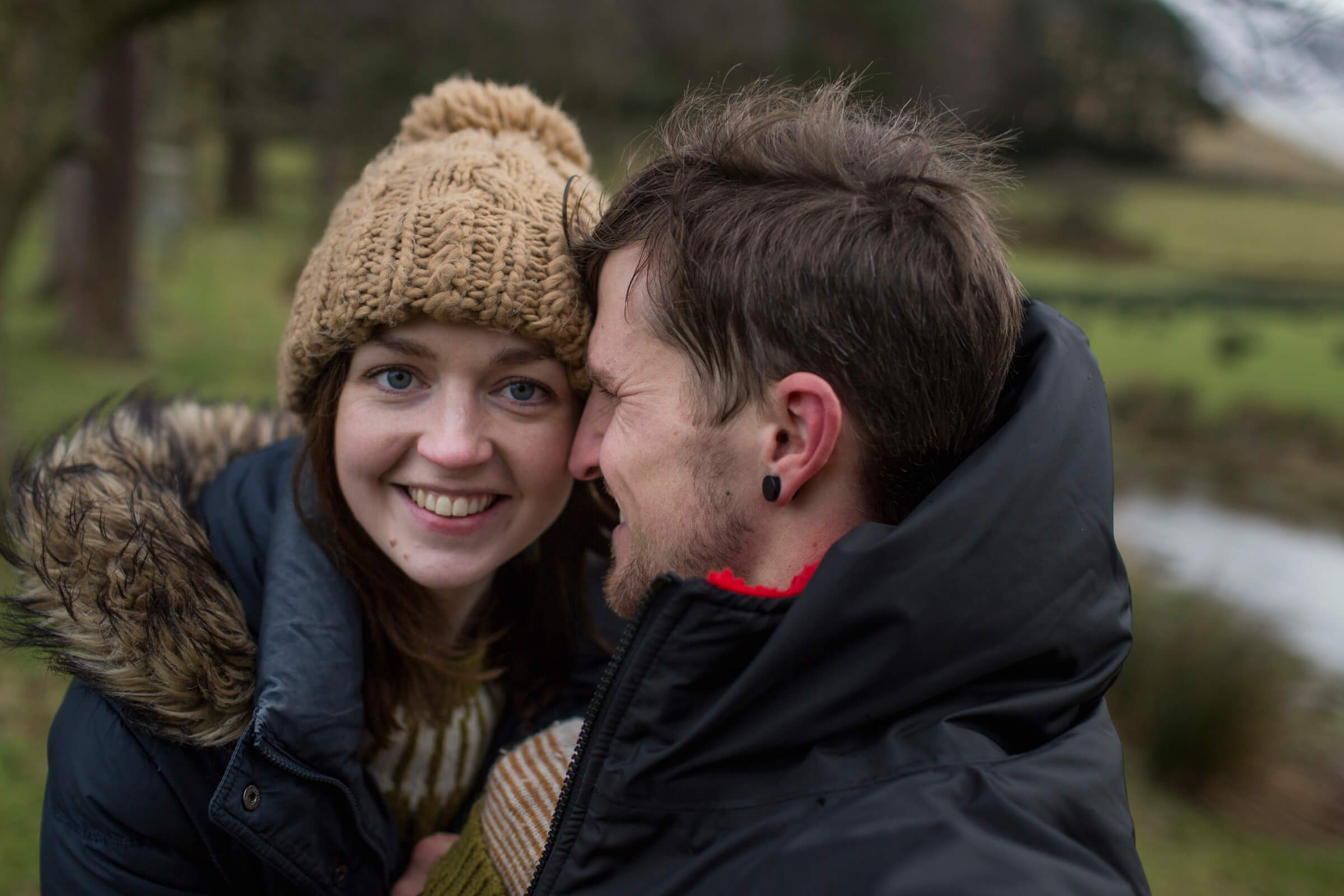 “We planned to swim the width of each of the five, resulting in a total distance covered of 4-5km across the weekend, which translated roughly as 2.5 hours in the water. Though unquestionably less impressive than completing all the lakes, that’s still approximately 4-5x further than the majority of us had ever swam in a single weekend before, and about two hours longer than I’d ever spent submerged in ice cold water.”

Managing to break the back of the challenge on the Saturday, Sunday was an opportunity to savour the moment and enjoy the surroundings.

"Ullswater looked majestic at sunrise. We took our time on the crossing, stopping to jump into the water from a jetty and to get some photos in the perfect light. After breakfast and a shower, we drove towards Blea Water with our soaking gear packed into our trusty KitBrix bags.

We carried them up through the nearby gorge and put them on by the lake, which was by far the most spectacular of the trip; its black water piercing the white mountain scape like an eye’s pupil. There was no way we were going to pass up on the opportunity to swim in this one, despite having to endure the unpleasantness of pulling on frozen wetsuits.” 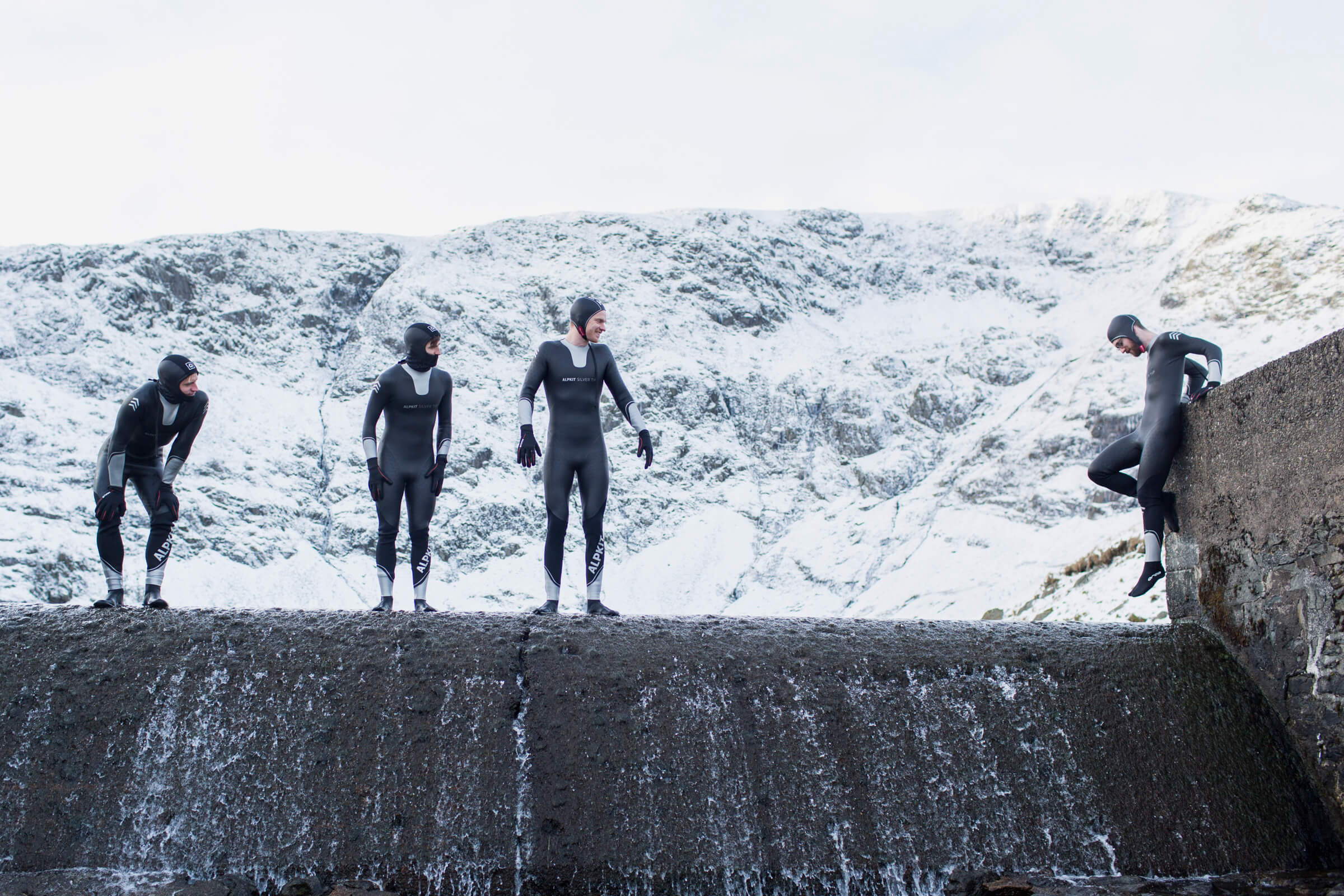 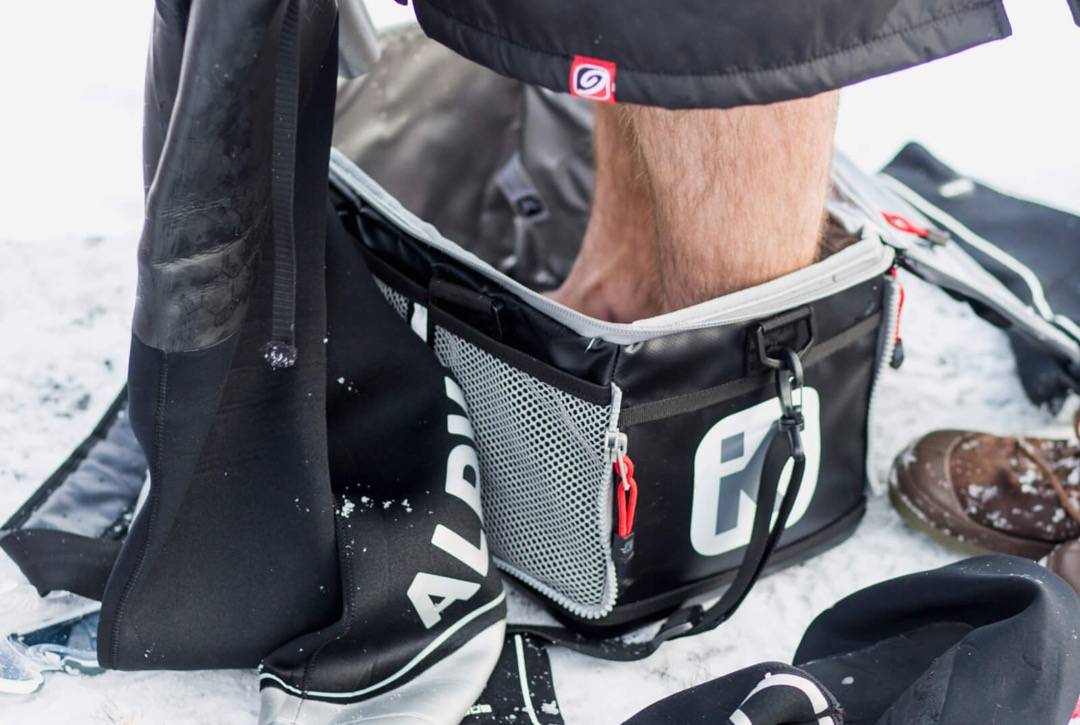 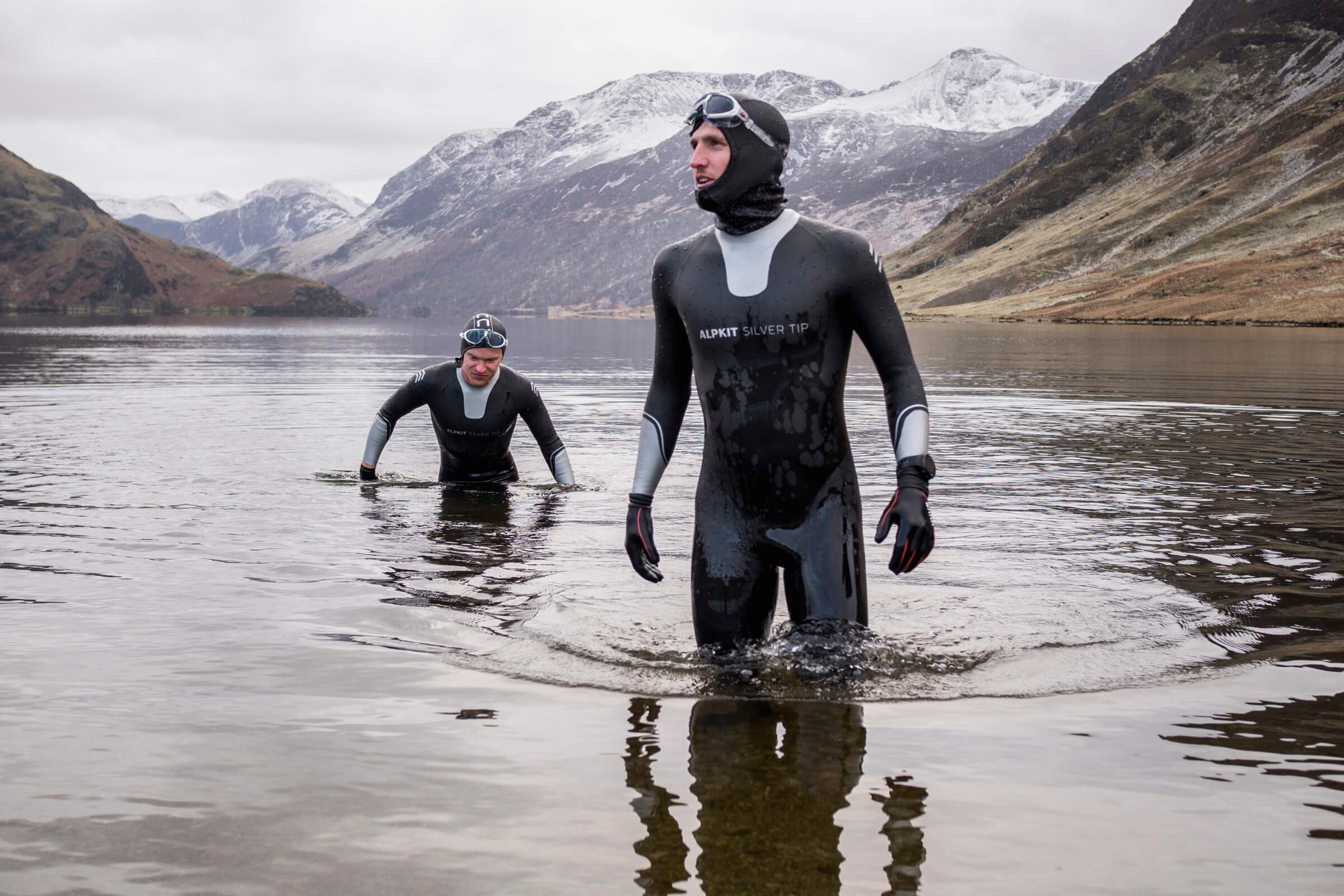 We provided the team with custom KitBrix bags so they could identify their own bags during the trip and to ensure that they could get access to layers, wetsuits and more importantly a change of dry clothes throughout.

One of the main features of KitBrix is its durability in rough conditions and its ability to be used out the back of vans or on rough wet ground.

Each KitBrix can be zipped together to form a rucksack (two joined) so the team could walk to the required locations hands-free."

“We hadn’t planned for snow, but were so happy when it came. The Lakes are beautiful in any weather, but black lakes against white mountains look particularly spectacular. Even when pulling frozen wetsuits onto shivering bare legs, the views were enough to convince us we’d made a good decision. Nobody ever regrets an adventure, and this one was perhaps the best yet.”

Kitbrix
Enter your email for 10% OFF your first order!