Home | Kitbrix | Back in the Saddle | Always Aim High

This was by no means my first experience of Snowdonia but being partnered with Always Aim High for 2017, I jumped at the chance to kick-start my own training with a new bike in hand, and a partnership to support. Although we would be exhibiting at the Slateman, my plan was to get out on the bike at least for a few hours and explore the area in slower time than the athletes.

The Slateman Triathlon has been in existence for around 14 years and you can see why the event is so popular. Once you break off the motorway and begin to wind down the Welsh roads with breath-taking scenery on all sides of the sweeping valley, the name of which I daren’t pronounce at the risk of offending a whole nation. Turning the stereo up just a little, it was hard not to get excited about 2 days of in the outdoors with The Slateman on Saturday and Sunday. The traffic and fumes of the M6 now a distant memory.

Having travelled from Poole late morning in drizzle and heavy showers on the Friday to avoid the early morning rush, the clouds were now beginning to break and I remember thinking that the term ‘God’s Country’ has never been more appropriate. Getting enthused about yet another exhibition or setting up a stand can be tiring at times but views like this make it all worthwhile... 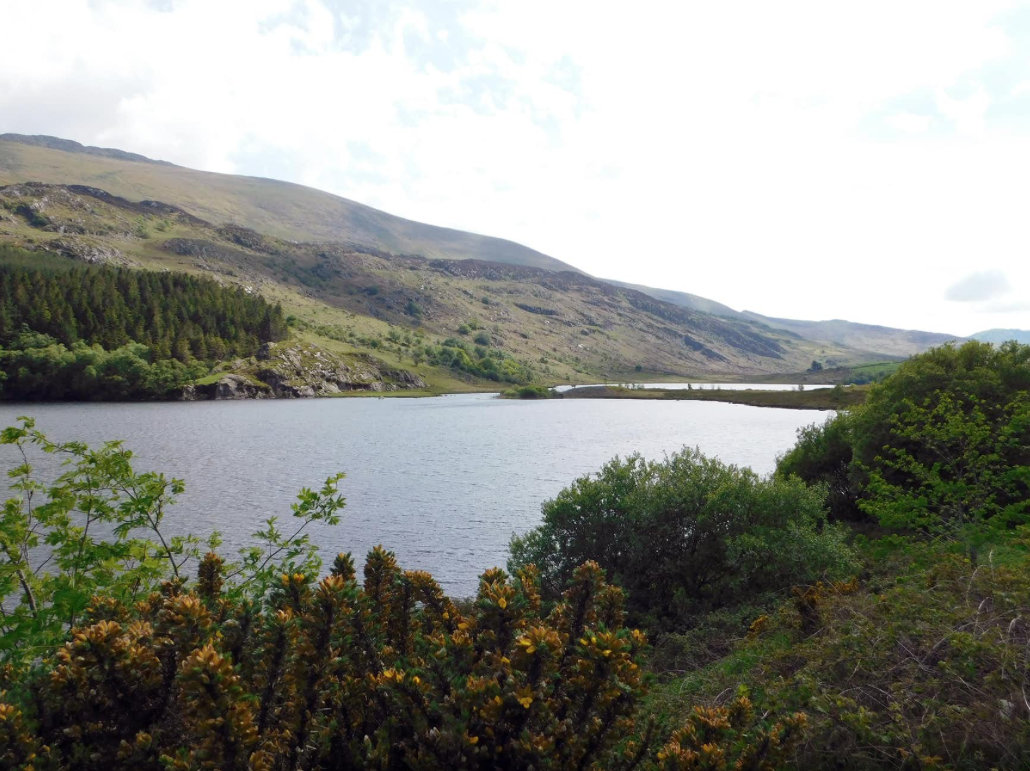 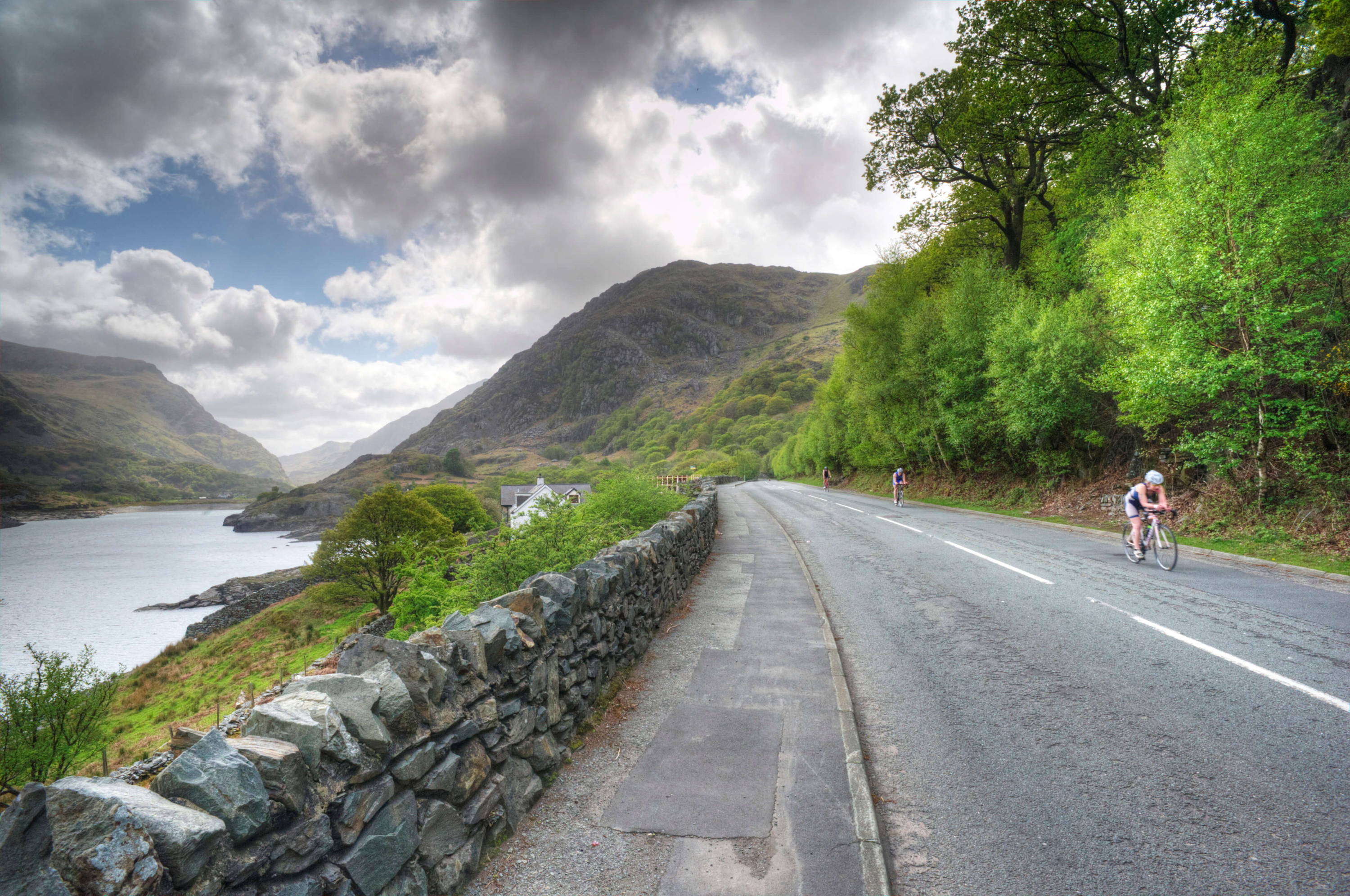 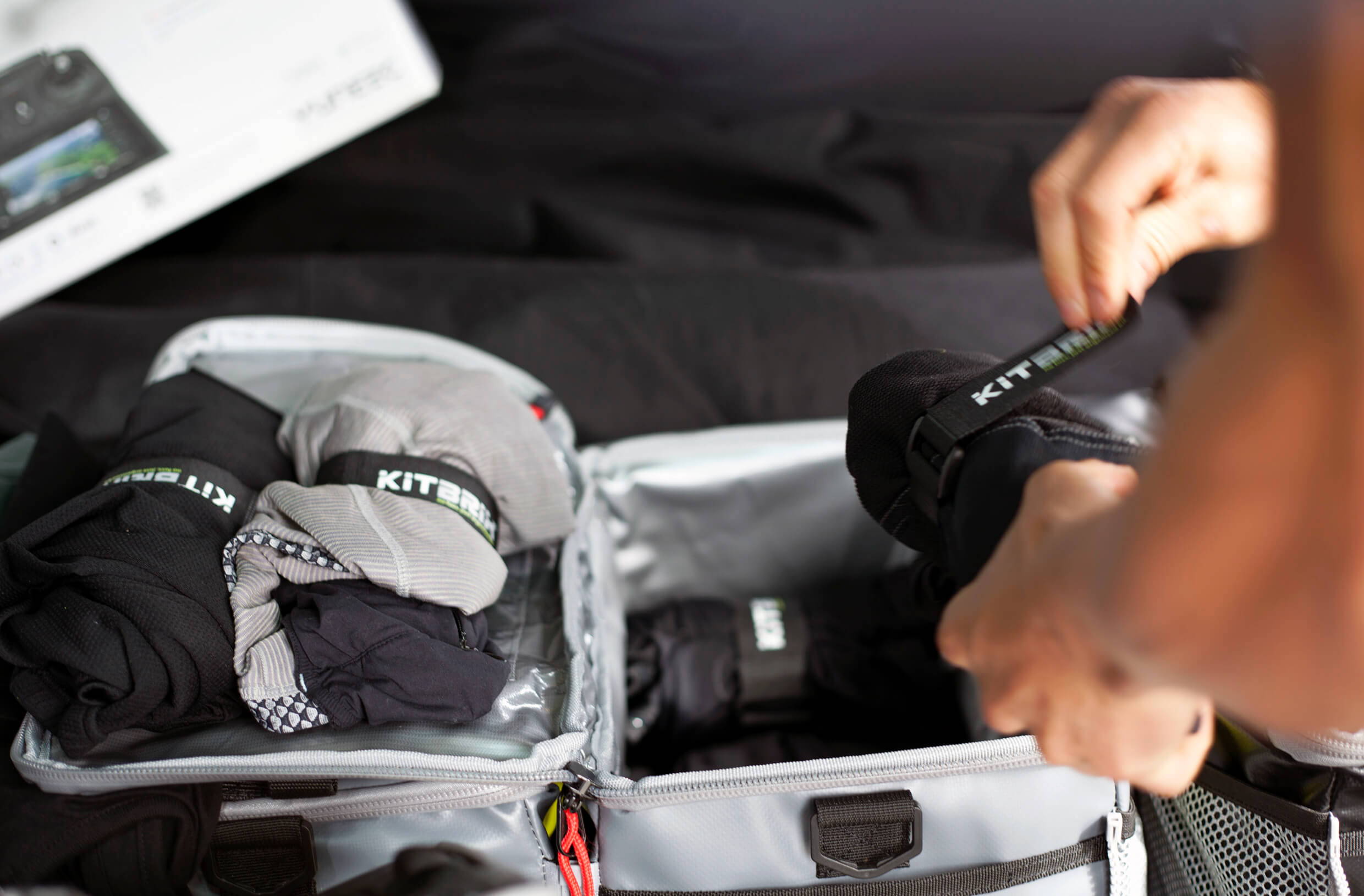 The town of Llanberis

Llanberis, the town which marks the start and finish of The Slateman has great character and I can highly recommend ‘Pete’s Eats’ which is a bustling café in the middle of town that serves incredible greasy spoon options perfect for those drizzly days on the mountains. Having walked through the town a few times, accompanied by the odd sheep or two, there is a welcoming charm to the region that sits politely underneath the ominous mountain range.

The village is a popular starting point for ascents of Snowdon because the Llanberis begins in the village. Although it is the longest route, it is the least rigorous route to the summit, largely following the line of the Snowdon Mountain Railway. This makes it the most popular walking route on the mountain. Worthy of note, the Llanberis Mountain Rescue Team deals with 150–200 incidents a year and is one of the busiest mountain rescue teams in the country. 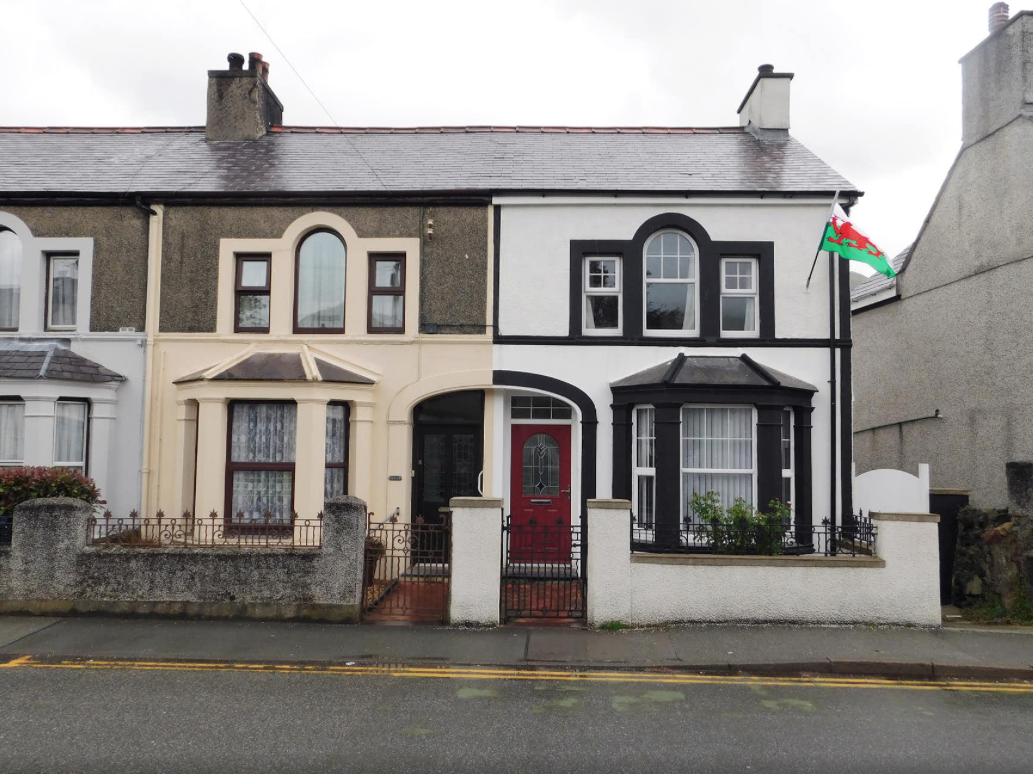 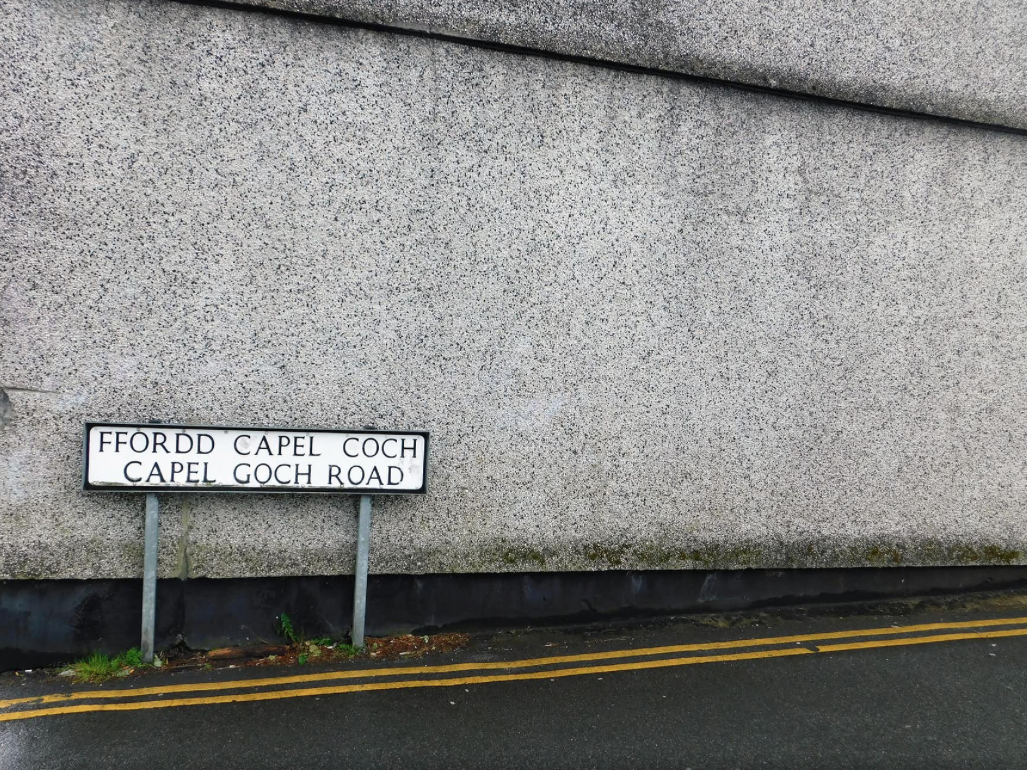 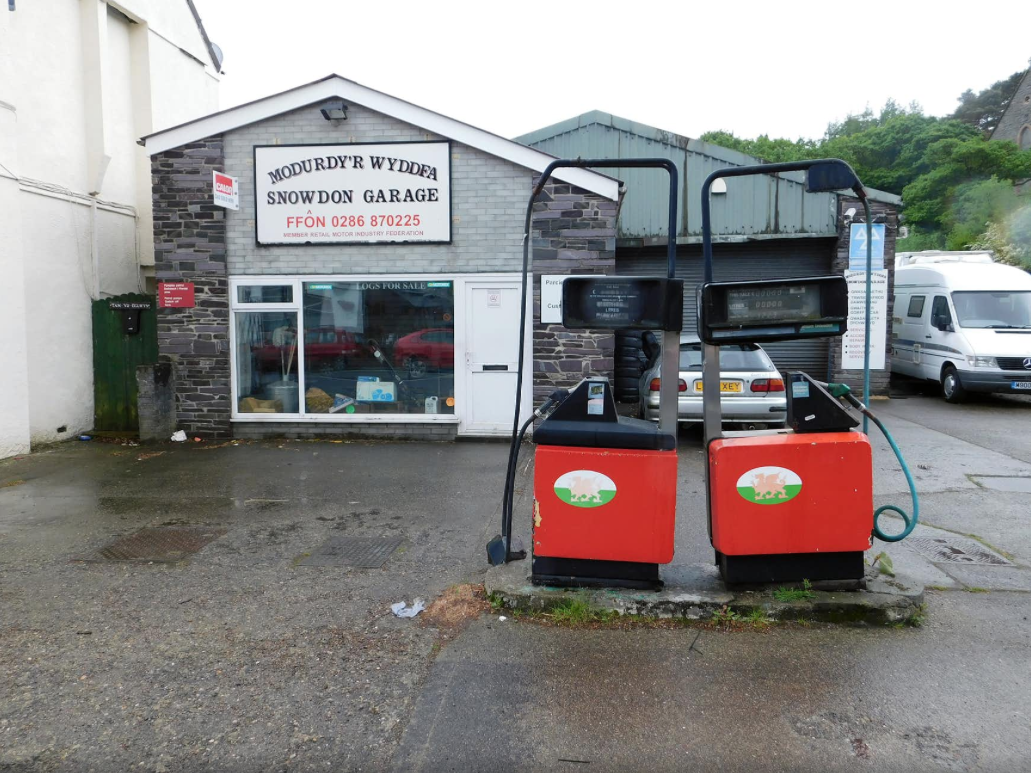 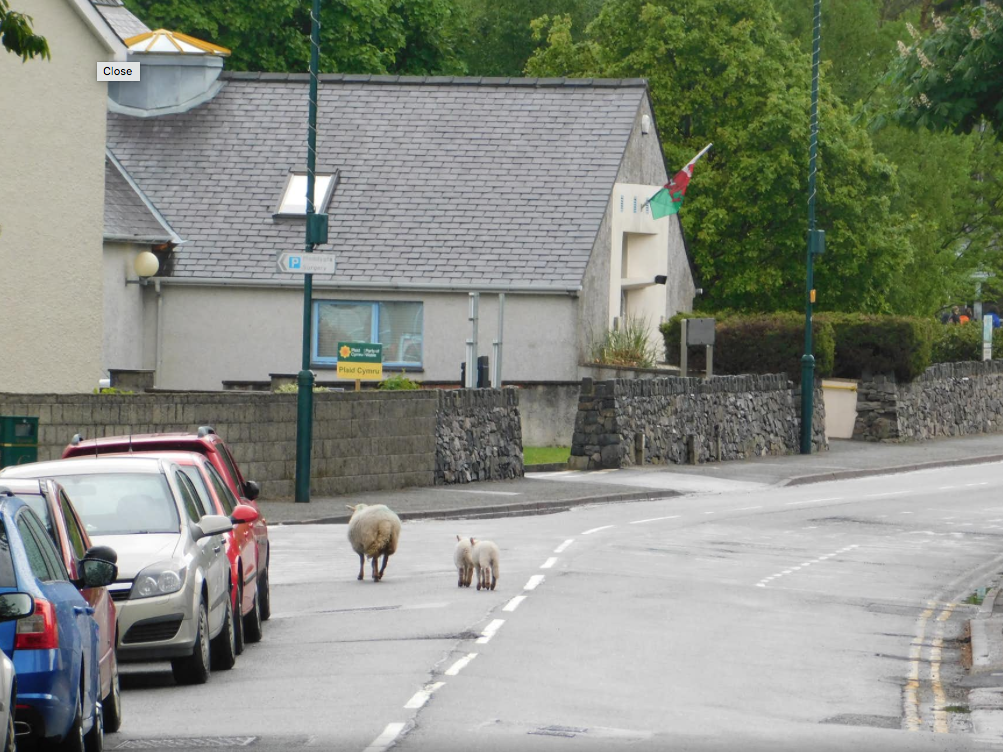 We have partnered with Tim and his team at Always Aim high for 2017 and beyond as the reputation of his events was second-to-none (we do our homework) and the event did not disappoint. The team did a great job and were a credit to their surroundings, especially with newcomer athletes who were given advice and guidance if feeling a little nervous on the day. I actually enjoyed the Saturday more with the Sprint athletes as there seemed to be a real buzz and given the fact that it is a shorter distance, families and friends tend to stay around to talk to the stands and exhibitors. We do not generally sell product at our events because the value of us spending the time to talk to our customers and get one-to-one feedback is not an opportunity to be missed.

The Slateman has been named as one of the greatest races of its kind in the world by 220.

Triathlon and was also nominated for the Running Awards ‘Best Triathlon’.

The event takes place in and around Llanberis and features a breathtaking swim in Llyn Padarn. The competitors have to cycle through the beautiful and picturesque heart of Snowdonia before finishing with a run through Dinorwig Country Park and slate quarries.

If you choose the ‘Savage’ route, it really is that with a 1,400m lake swim, followed by a 71km road cycle and then a 17 km trail run. This takes place over the two days but you have to do the Sprint route on the Saturday or you can do the Full route on the Sunday which involves a 1,000 lake swim, 51km road cycle and then a 11km run. The Slateman Full run takes you on a challenging trail run up the relentless zig zags (incorporating the Quarryman Challenge), into Dinorwig quarries and back down through Padarn Country Park. 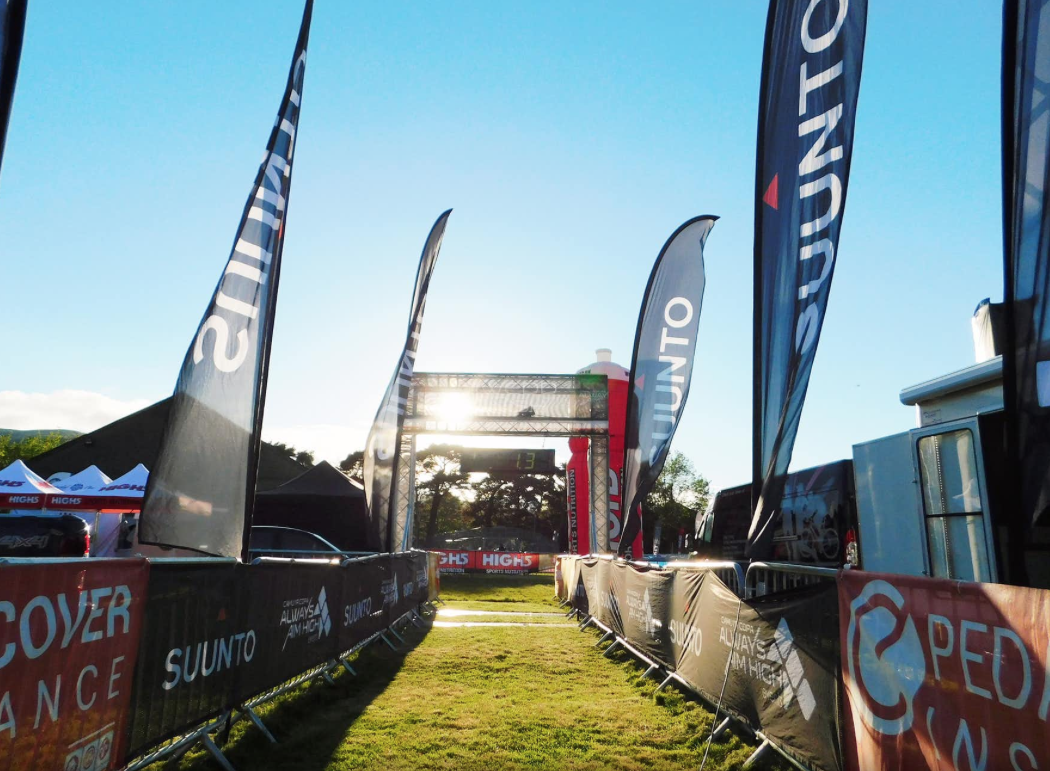 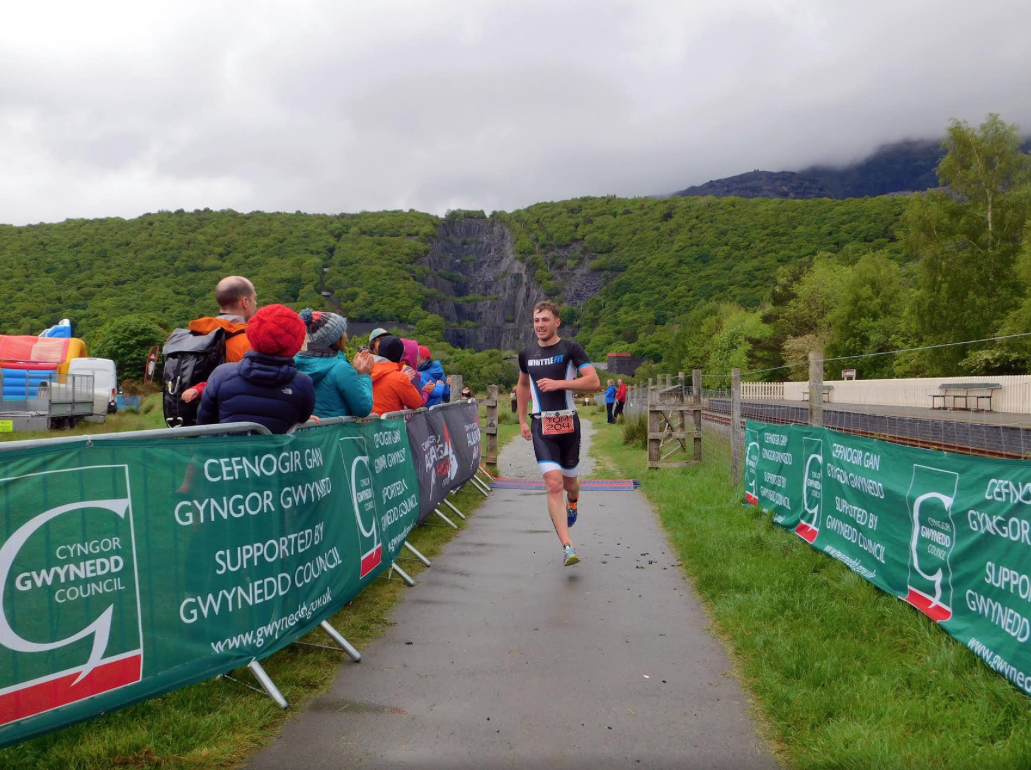 With an afternoon free after a successful first day it could have all been too tempting to get back to my B&B for a Saturday of email catch up but having purchased a new middle of the range gravel bike (the weight of a bike is insignificant to me at present!) I decided to conduct the Standard distance cycle route with a few steep hills thrown in for good measure.

Have you ever see the film ‘The Secret Life of Walter Mitty’? Well if you have, there is a scene where he is skateboarding down the Valley between Jökulsárlón glacial lagoon and town of Höfn, Iceland, enjoying the outdoors and relishing the freedom that his journey has presented to him – I had the exact same feeling freewheeling down Pen-y-Pass after the slow climb past the Cromlech Boulders, which nestle against the road along the Glyder Fawr mountain.

"Although I don’t think it is essential to be as fit as the athletes you support, I think it is important to understand the industry you work in and to experience in some way the feeling they get when crossing the finish line." 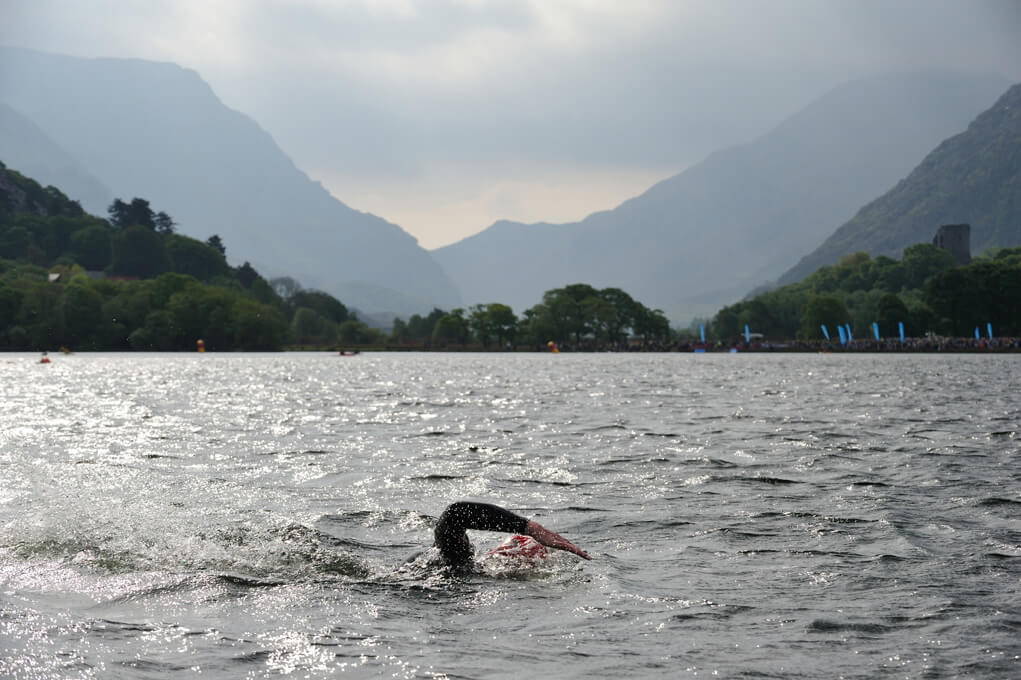 Still on a little bit of a high about an hour in I was met by the unexpected headwind hurling down the A5 passing Llyn Ogwen but much to my delight there was a good little coffee shop stop which allowed me to gather my energy about 30 miles in. Did I say this was my first ride in 9 months? I felt like I was deserving of a rest bite.

Now back on the bike and cruising down hill towards Bethesda, my confidence and morale are now sky high and I was then given the option of three routes back to Llanberis and the Always Aim High camp. Of course I wanted to challenge my stamina, strength and the new bike, which although heavy was feeling great with its steel frame and thru wheel bolts instead of quick release pins which made the bike stiff and responsive. So I decided to take the 20%(ish) gradient route for a mile up to Mynydd Llandygai which I was delighted to be able to achieve after such as long time out of the saddle even if there was a bit of ‘zigzagging’ going on.

What I love about the new bike (Specialized Sequoia) is the fact that it is great for all terrains with wider tyres, a stiff frame and flared bars it gave me real confidence picking up speed down hill especially as a ‘larger than average’ cyclist! The bike and I had bonded like only a man and his bike can do! Having completed the 50-60k route around Glyder Fawr I felt like I had really got my wings back and although I knew that I would ache a little the next day…I was back and that is all that mattered.

The whole point of this ride was to just get outside and enjoy the day, the environment and break up what is normally a structured and rigid exhibition day. Being blessed to work in the sports industry, it is often a given that there will be time for exercise and relaxation. This just doesn’t work out that way for most. Although I don’t think it is essential to be as fit as the athletes you support, I think it is important to understand the industry you work in and to experience in some way the feeling they get when crossing the finish line. My ‘win’ in this case was getting outside on a bike with no times, no phone, no ‘tech’, just the road, the bike and me.

"Back in the Saddle" | Written by Robert Aldous.