Last weekend Team KitBrix Elite Conor Hancock took to the mountains for the 24km SF Experience. The march in the Brecon Beacons is infamous within the ranks of all UK Special Forces soldiers.

The Event is now over 50 years old and still today forms the first major hurdle on 'Selection' and is a major indicator of whether a potential UK Special Forces soldier has the physical and mental determination to complete it within the cut off time set by the D.S (Directing Staff).

Conor takes us throught the event in his own words: "When taking part in this event you have two options; to race the course 'clean fatigue' (without a rucksack) or 'load bearing'. I opted for clean fatigue as myself and coach Shaun Dixon from Lets Get Running wanted to see what shape I was in, ahead of this years season. Load bearing is a requirement of the course the SAS and the forces do. This means you had to be fully kitted out whilst carrying a set amount of weight and a mandatory kit list within your backpack. The 'clean fatigue' course involved a pair of trail shoes and your clothing of choice and you're away! Still having a basic kit list to take with you to ensure safety, hydration and fuel throughout." 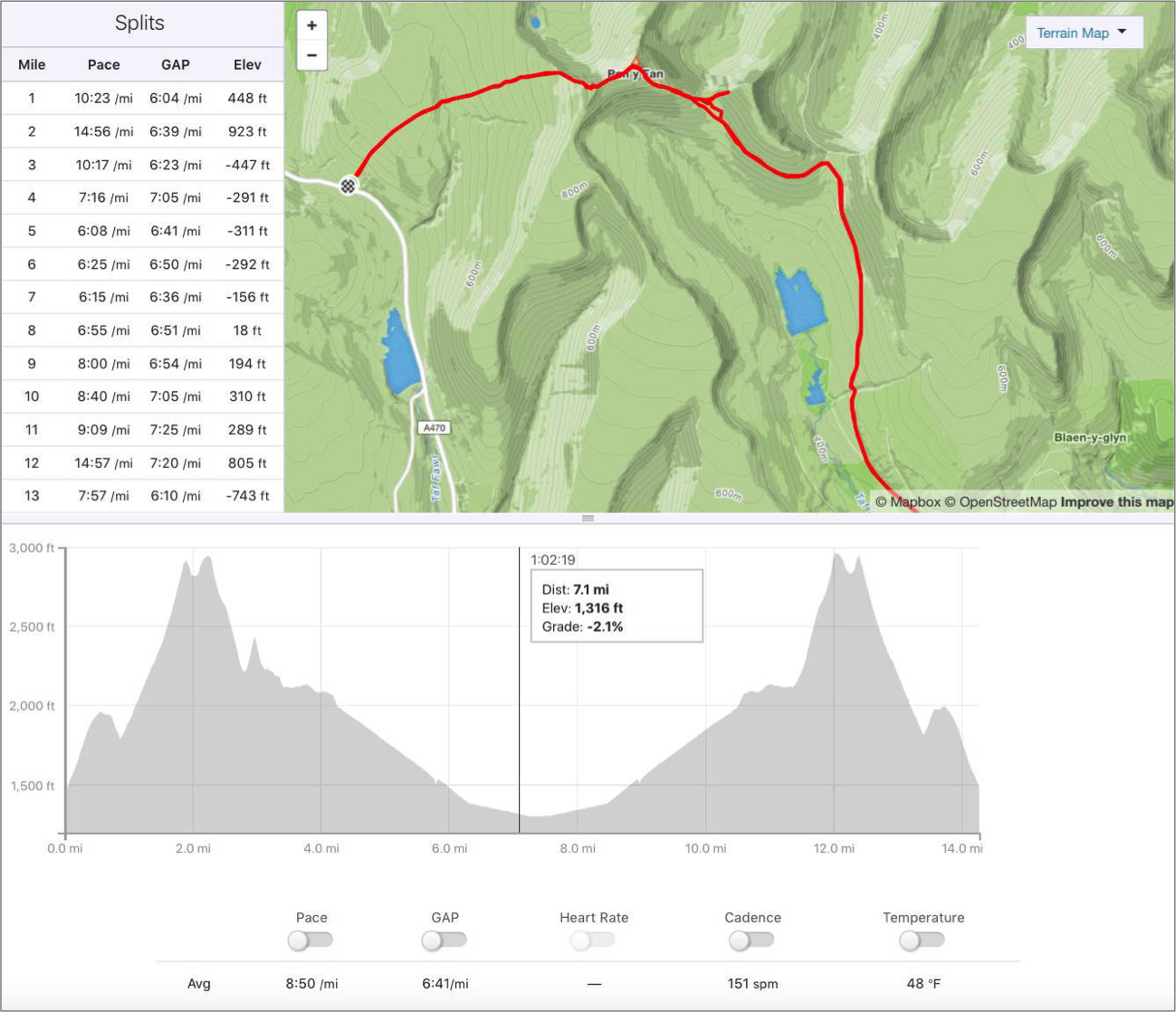 "I woke up at 6am Saturday morning to get my pre race breakfast - it consisted of 1 small porridge pot/honey and an apple.

Registration opened at 07:30am and the briefing was set for 8am with the race following straight after. Unfortunately the briefing got delayed for a while meaning the race was also delayed slightly, leaving us standing around in the cold a little longer - no biggie, it just meant I was feeling rather empty and already wanting a morning coffee and more food!

The race started next to the iconic red phone box which is a signature start point for the SF challenge. The weather was perfect for running - really, cold/foggy and a little windy.

Heading straight the first mountain, I could feel it quickly getting windier and colder on my face with ice and patches of snow around. After a thousand feet or so we were on top of the hill and at our first check point.

Due to strong winds and low visibility I had to shout my number to the Marshall for him to write me down as checked in. He pointed me the best he could in the right direction to head down a very icy Jacobs ladder." 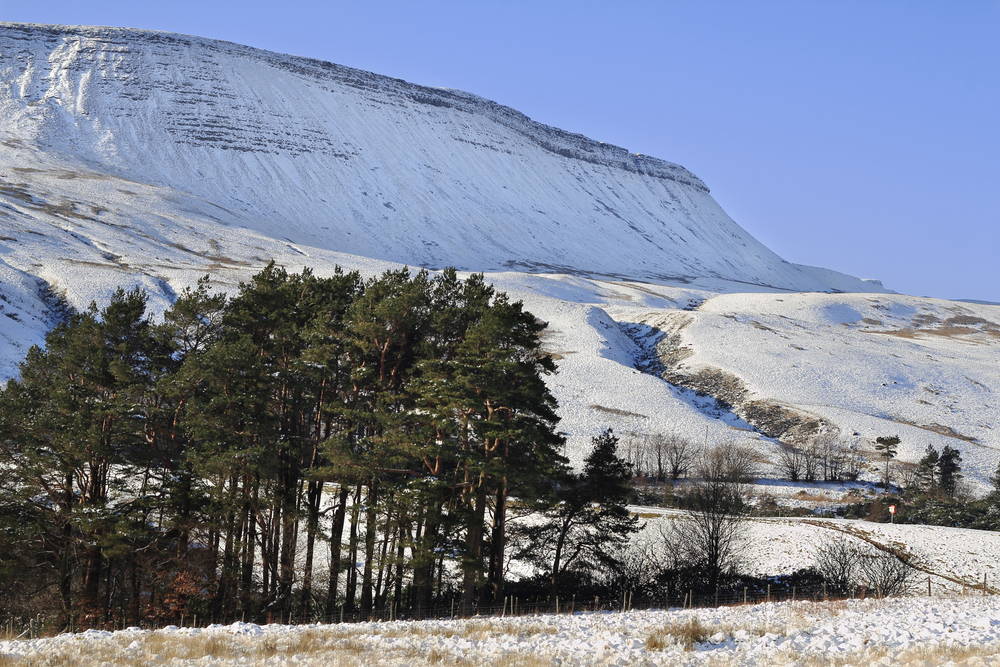 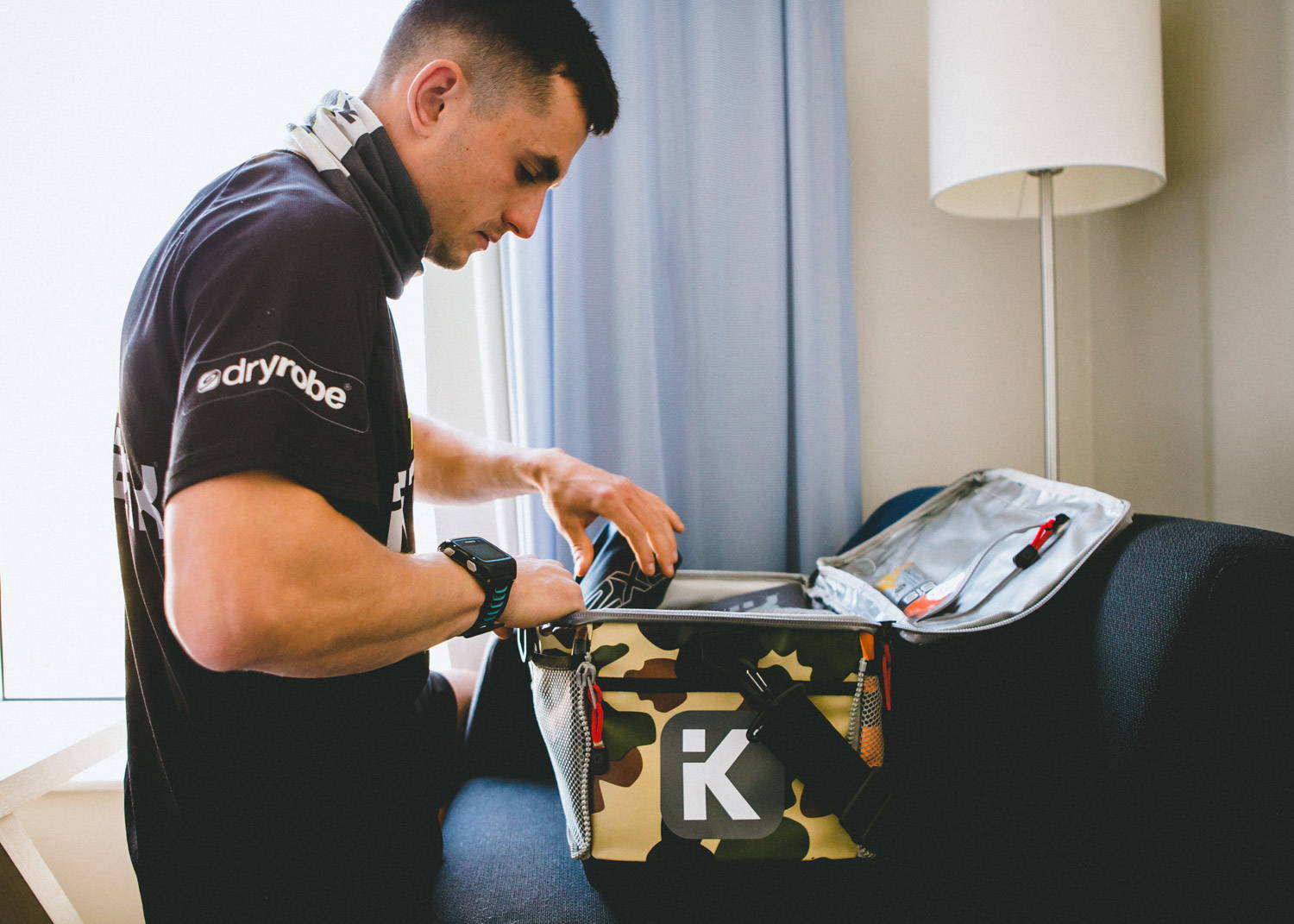 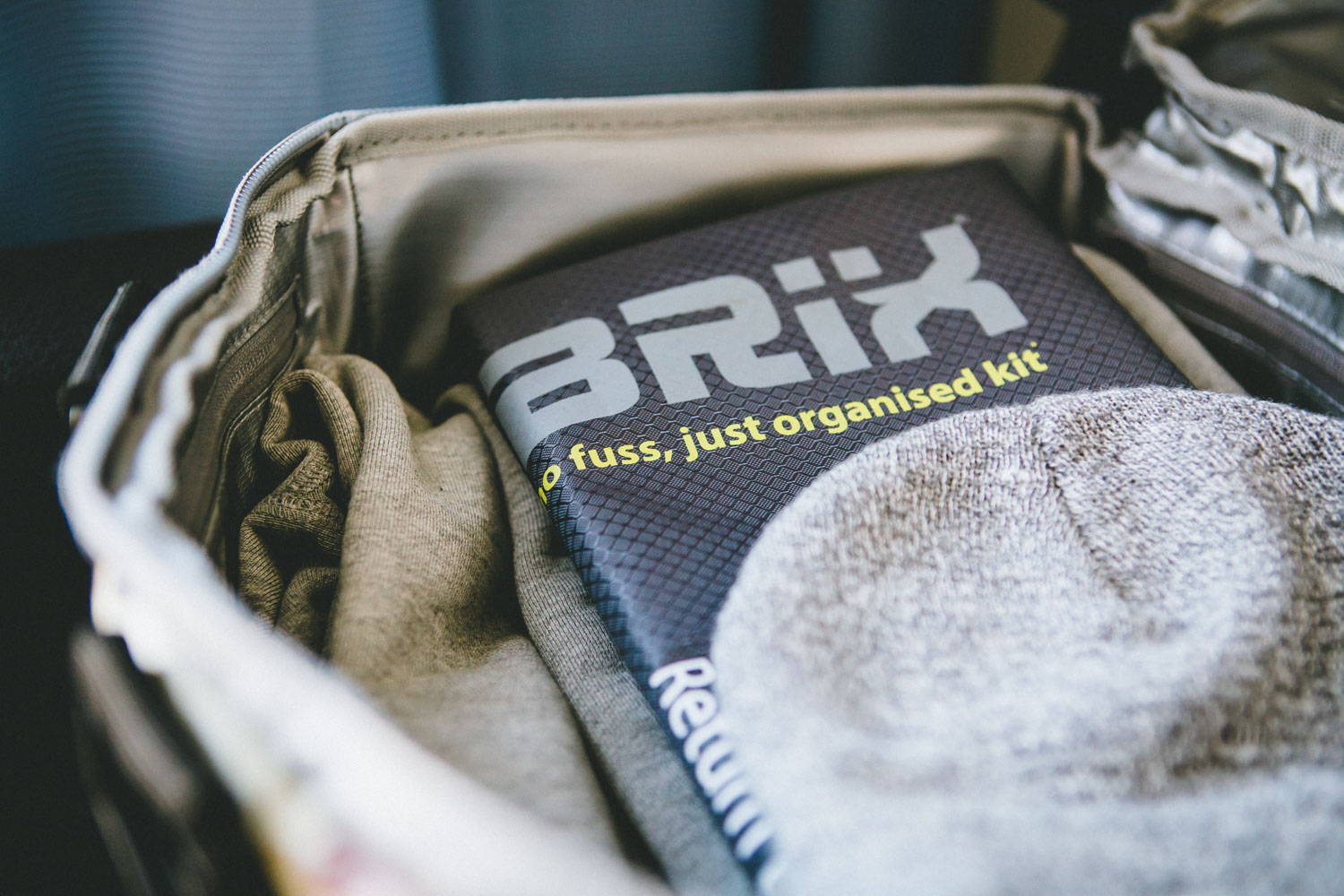 "The conditions were bleak as I ran straight down Jacob Ladder and I passed the next Marshall without seeing him, heading in th wrong direction. I found out after the race he was inside a little tent getting warm, he apologised for missing me but I didn't blame him at all as it was pretty fresh! I headed straight up Cribyn hill instead of bearing right.

Climbing a 100ft or so, I luckily passed a couple out dog-walking, they noticed the number on my back and shouted me back. They knew the Fan Dance route and told me I was going the wrong way and that I should head back towards the Marshall, take a left to get back on track. After a little discussion I ended up taking there advise, thanked them and ran back to find the man in the tent. I ran into 2nd place runner (meaning I'd lost the gap I'd made between us) who was also looking a little lost in the fog, the marshal pointed us in the right direction."

"My goal was to finish the Fan Dance in around 2 hours. Due to delays, I reached the half way point in 65 minutes, I was then thinking it could be more like 2 hours 20 minutes as the next few miles were steadily climbing back up hill. I also had to factor in time I would be weaving around all the other competitors who were pushing themselves on this course, and giving them encouragement as we passed." 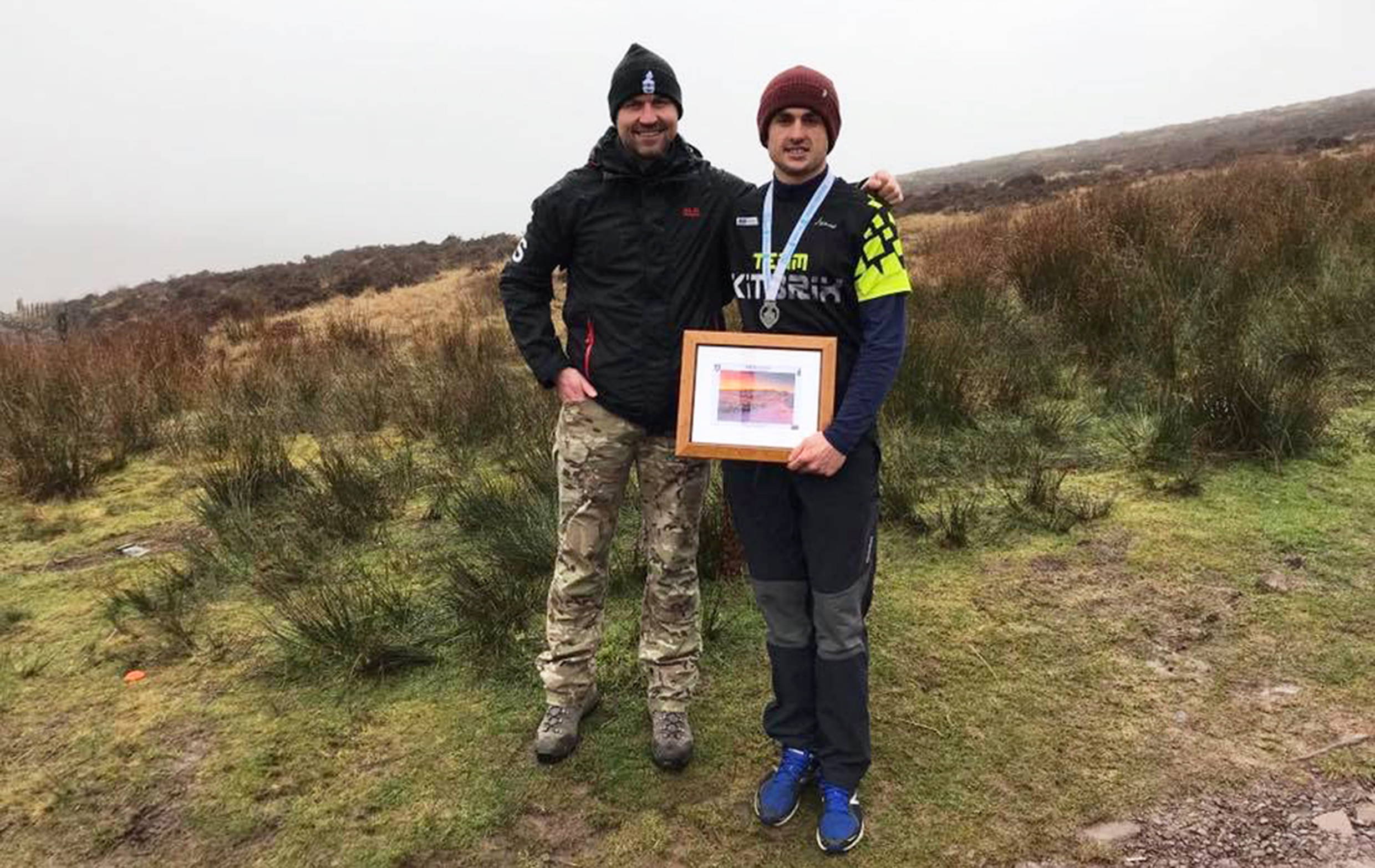 "I ended up reaching the red phone box in a time of 2 hours and 7 minutes and first back - one of the fastest times on this course for the winter event so I'm told, so not bad! Really enjoyed my first run on this course and I'm already looking forward to getting back on it with a goal of running 2 hours dead next time round. Hats off and well done to all others that pushed through barriers and tested there metal."