Jane Hansom is a modern woman. Smart, elegant, dedicated and robust, she is nevertheless as pleasant as we enter the London offices of her Sponge Marketing business as in any of our encounters in less formal surroundings.

She is relaxed among her team, but very definitely in charge. Jane is one who prefers to lead by example, and the positive atmosphere that pervades the business attests to the efficacy of this approach. 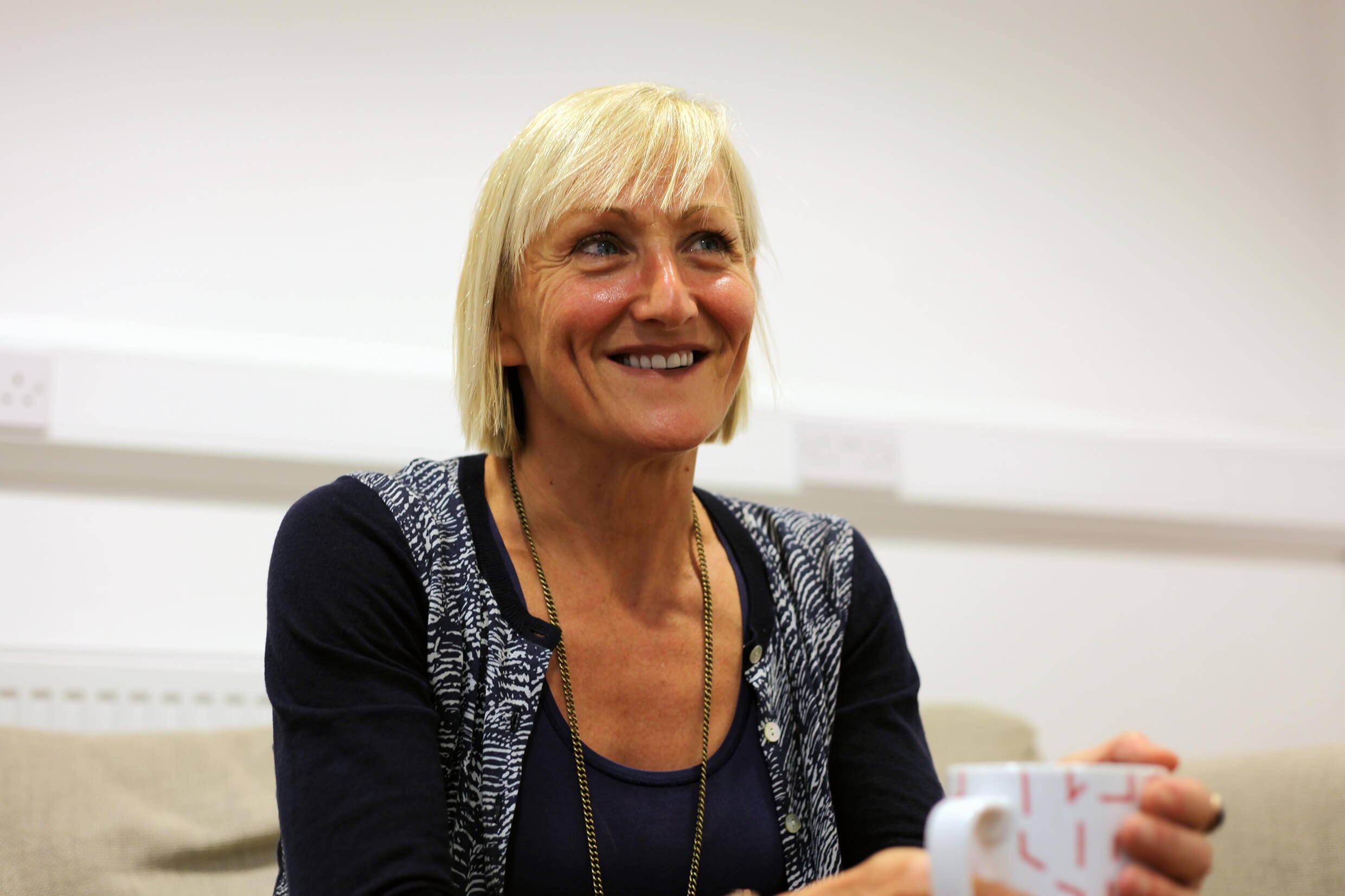 It is not Jane’s management style that we have come to study, however; rather we are here to learn more about a remarkable sporting career that has transformed her lifestyle from that of the typical city executive into a world-beating Ironman competitor.

The story of how Jane turned around her physical performance is well documented, but this should not lessen its impact. Her transformation, begun at the age of 40, from one who drank, smoked, and enjoyed music festivals, to an athlete with a bag full of sub three-hour marathons on her sporting CV, is not to be sniffed at.

“Oh I had a lot of fun - generally being unfit, unhealthy and living it up in the city,” she admits. “Then, when I was 40, one of my clients, PlayStation, had a place available for the London Marathon. They positively insisted that I take part, saying: ‘As our agency, you must do this.’

“Honestly, I couldn’t run for a bus! I was a size 14, and three stone heavier than I am now, but they insisted, and I just had to! I think I just looked in the mirror and thought, ‘Do you know what? You’re fat and you’re really unfit. Let’s just do this." 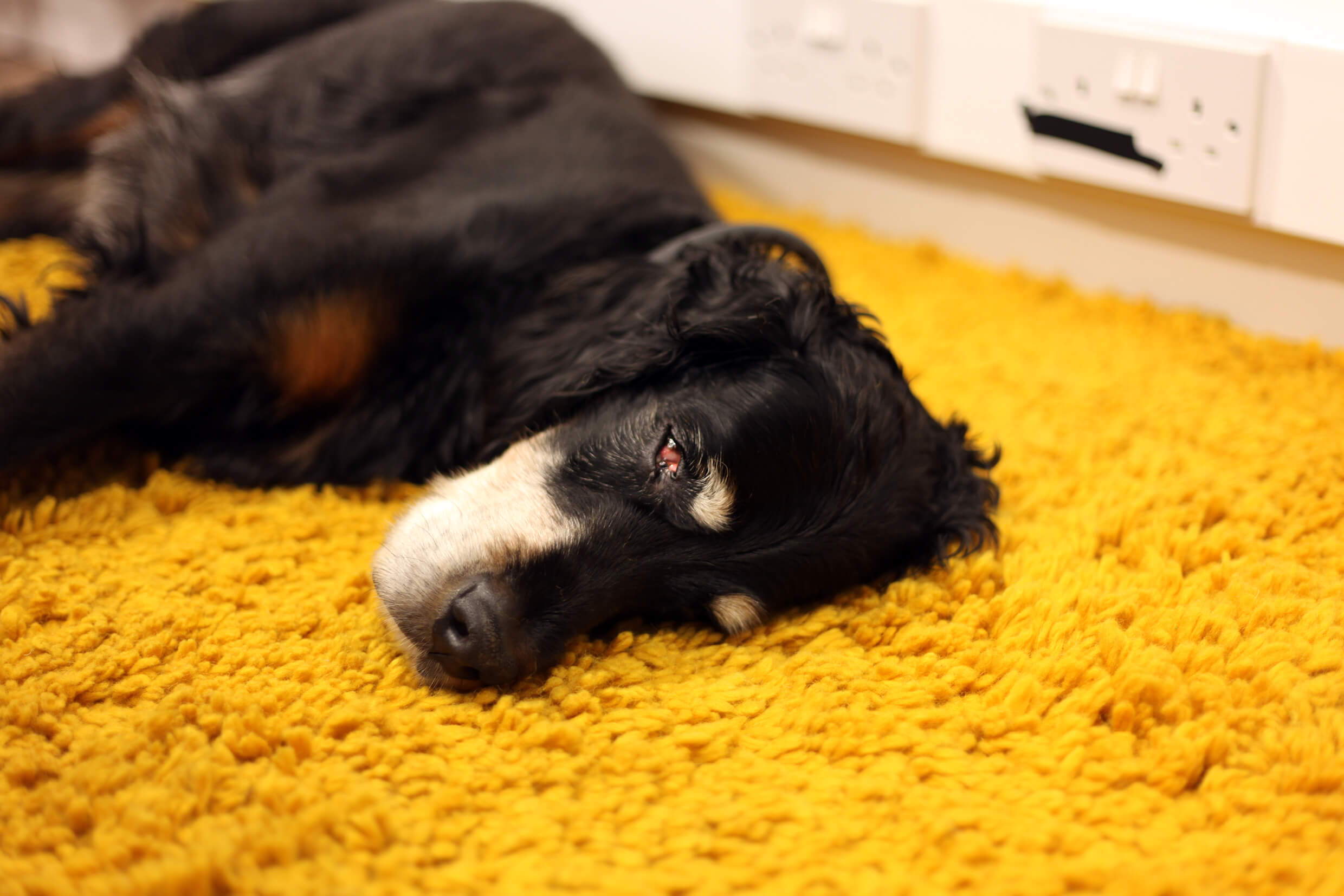 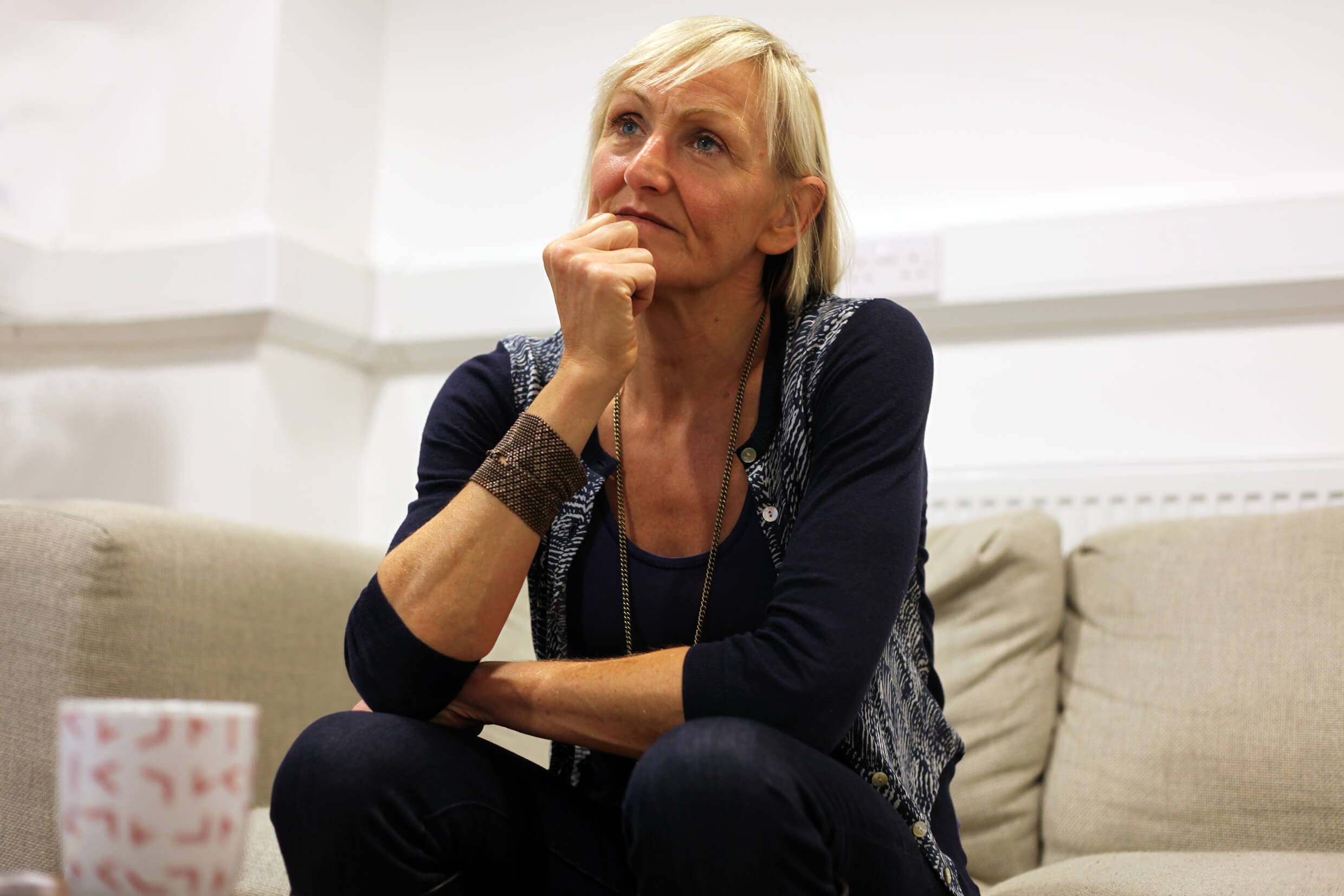 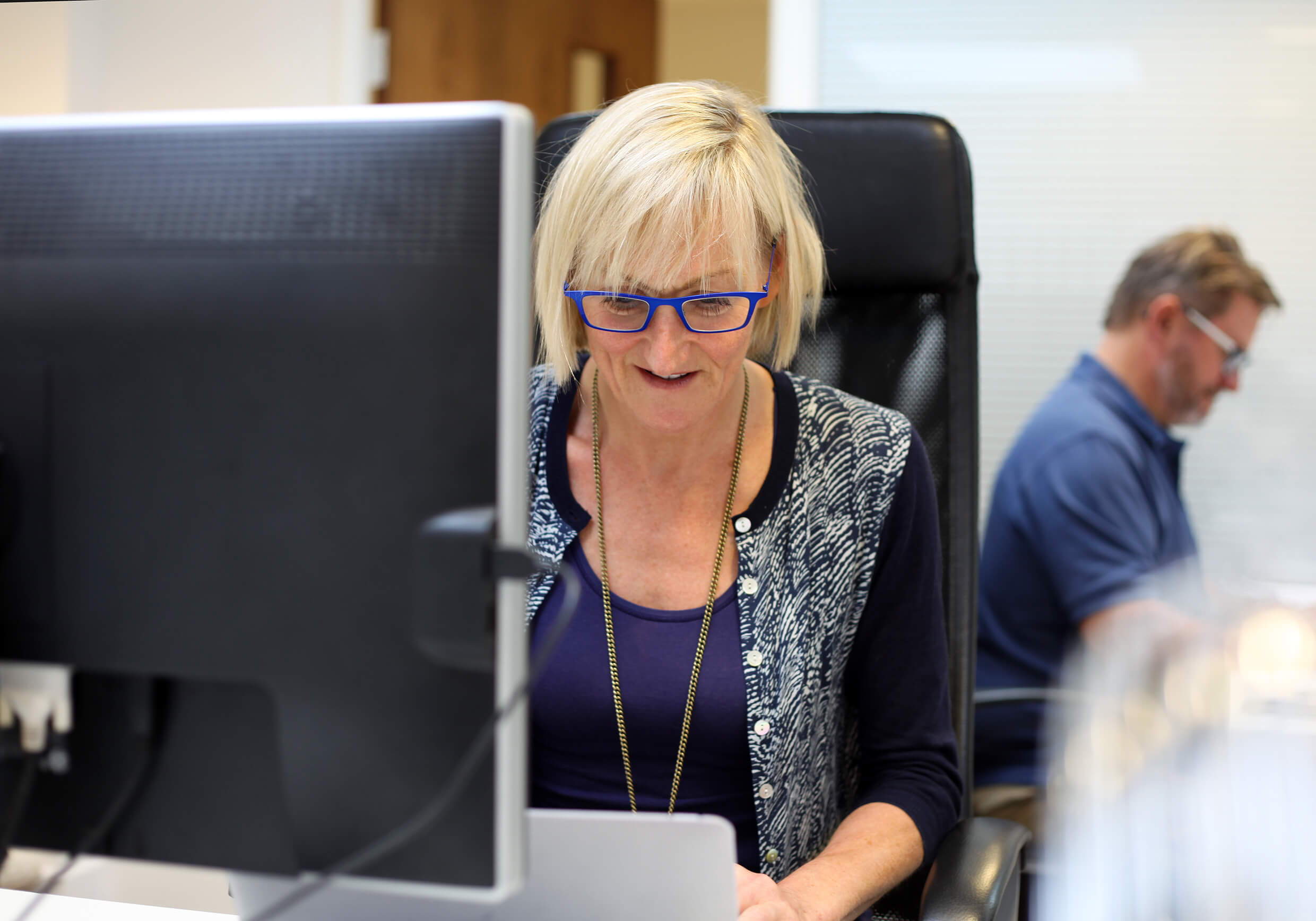 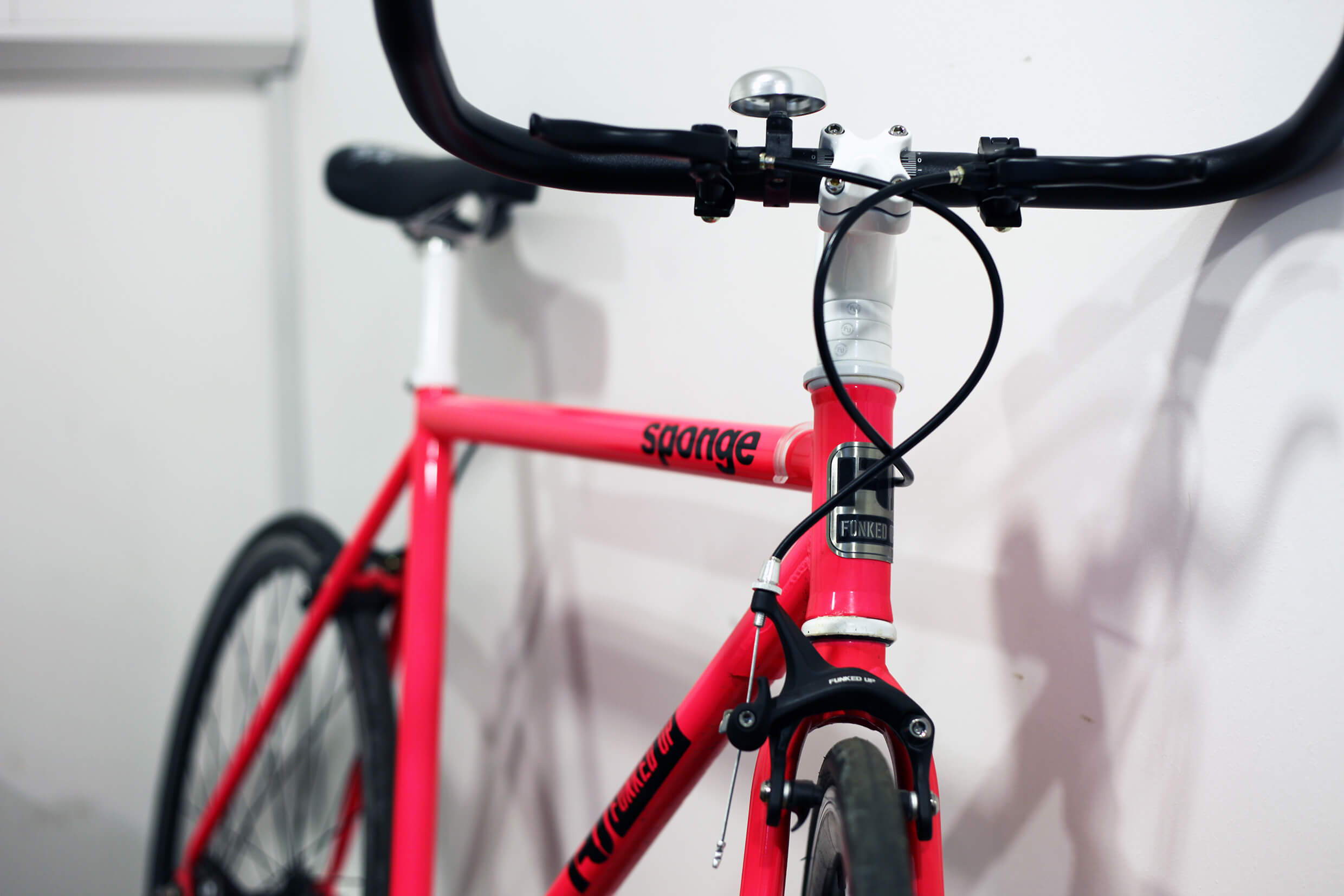 It would be disingenuous to pretend that Jane was a stranger to sport, and more accurate to say that she went in to hibernation for a while after a successful sporting career at school. Jane was a competent swimmer and cross country runner, competing for Great Britain on several occasions.

Like many young people, Jane found that her social life got in the way of further sporting success, and decided to take advantage of all that university had to offer. “I think after my first gin and tonic in fresher’s week, it was game over!” she says.

“I spent the next few years getting drunk and doing very little work, before ending up in a London ad agency for the next 20 years, managing two of the unhealthiest accounts imaginable.“

“When I look at my parents, I think I may live to one-hundred…!” 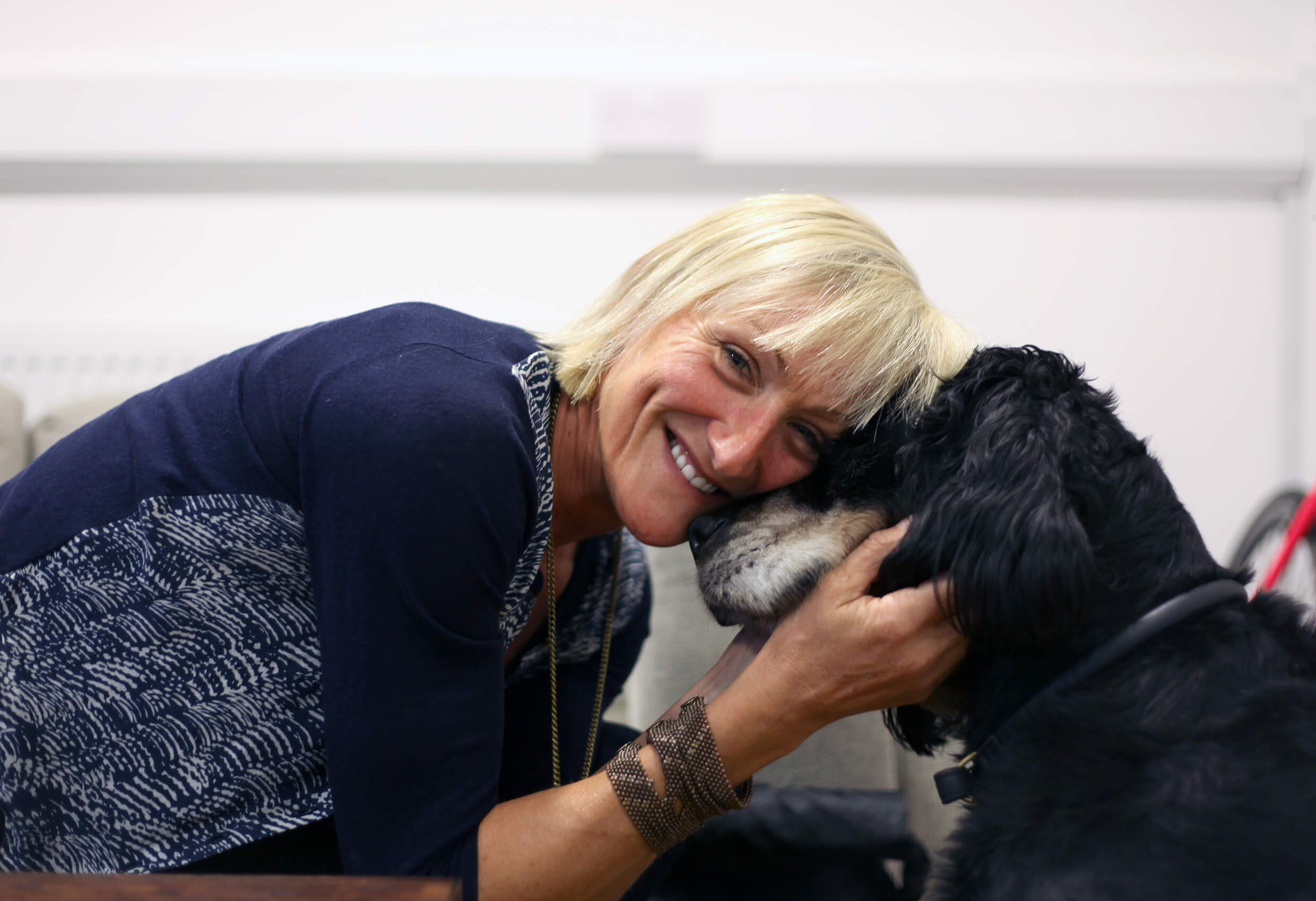 It’s possible to consider her university career either as a necessary period of youthful indulgence, or a wasted opportunity, given her prior sporting success and obvious ability. Jane, however, sees this period in her life very much as part of life’s journey; moreover, it might have provided further insight in an industry where the presence of former athletes at the senior level is often missing.

Hard training allowed Jane to lose three stone in six months, and to drop dress size from 14 to zero. She completed the marathon course in just under four hours. “Of course, when you run your first marathon, you either think, ‘That was shit, I’m never doing it again’, or you think, ‘That was amazing, when’s my next one?’. I was the latter.”

Having completed another three marathons in the space of a year, Jane broke the three-hour barrier in New York, and then completed her second sub-three-hour marathon in London.

Having been reminded by her brother that she used to be a pretty good swimmer, and seeking a new challenge, Jane decided to put the full range of her sporting skills to the test and enter a triathlon. With a base level of fitness, some history in the pool, and a passion for cycling, Jane selected an Olympic distance triathlon for her very first attempt at the sport. She came away with first place, beginning a journey in triathlon that would take her to the world championships and the sport’s spiritual home in Hawaii.

"The Marathon des Sables is absolutely on my radar.” 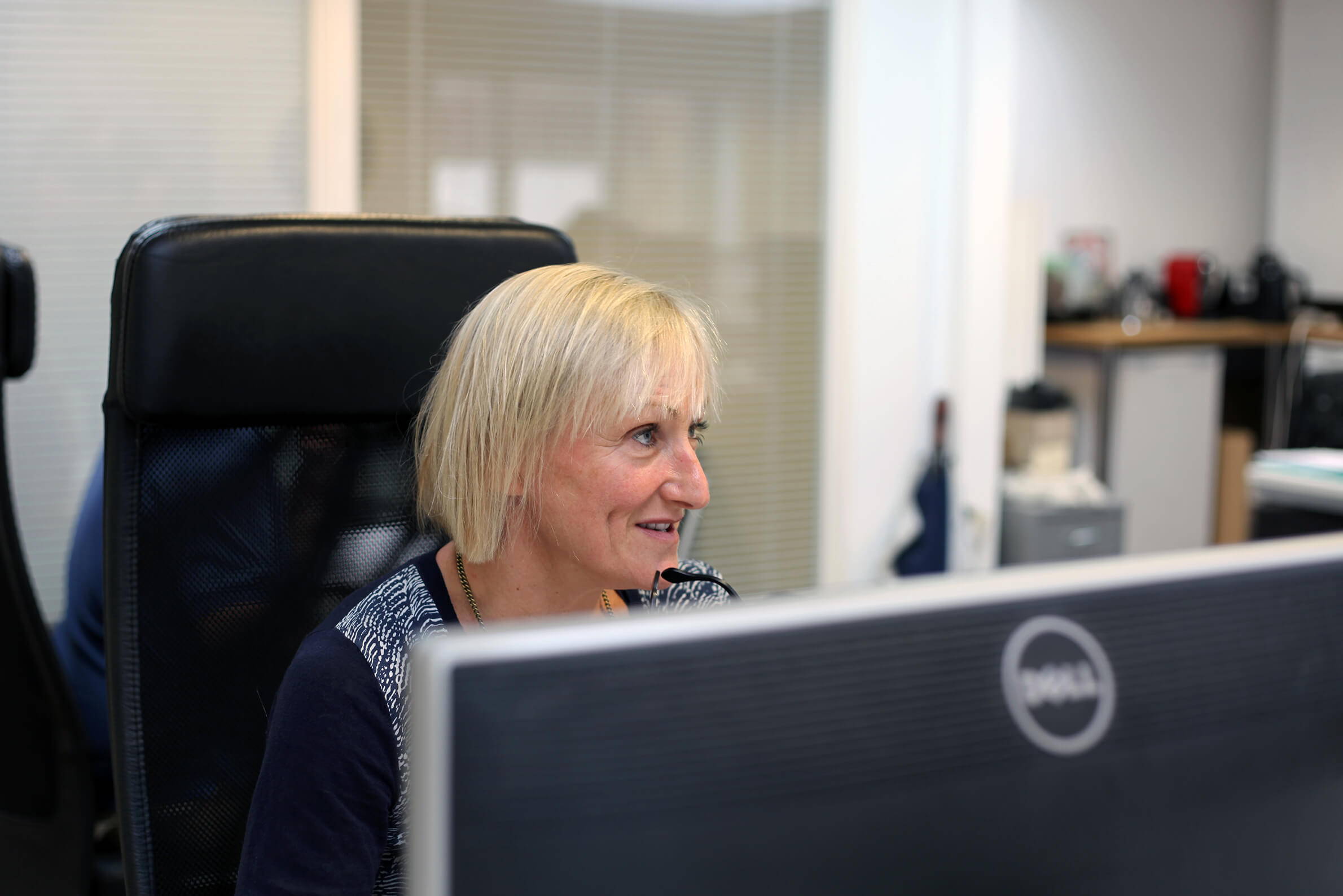 All In The Genes

Although her parents were not particularly sporty, Jane describes them as being virtually indestructible. Her father lived to the age of 90, despite enjoying all aspects of life and a Scottish diet, which was the norm in their time. I ask Jane if she think her aptitude for sport is in part genetic?

“Yeah, maybe. When I consider my parents, I think, ‘Good grief, I’m going to live to 120-years-old!’ After a couple of years, I realised that I’m better at the long-distance stuff. I’ve stood on a podium at some half-distance world championship events. I think I finished second, and the girl who beat me, I then beat by half-an-hour at the full distance the following year."

“I can just keep on going forever, because I refuse to give up. I’m quite resilient; I refuse to slow down. But I’m not very good at going fast. A lot of the guys I run with can absolutely hammer me over 5km or 10km. It begins to even up over a half marathon, but over a full marathon there’s no way they can compete – I’d finish 20 minutes ahead. I’ve concluded I have virtually zero ‘fast switch’ fibres in my body!”.

After a brief spell representing Great Britain as an ‘age group’ athlete, working her way through sprint and standard (Olympic) distance events, Jane quickly realised that her motivation didn’t lie in trophy hunting, or winning against a weakened field to finish on the podium.

Having begun in the triathlon world for ‘fun’, Jane wanted to maintain her level of excitement for racing, and subconsciously began to seek opportunities to take part in the most competitive races, against the best athletes, in the toughest and most inspiring locations. Ironman was calling without her knowing.

“A couple of guys I rode with in London recommended Ironman because they knew I could run a speedy marathon, and they’d seen me on the bike. I think it was clearer to them than it was to me. It scared the living daylights out of me. I couldn’t fathom riding 180.25km on a bike at that point.” 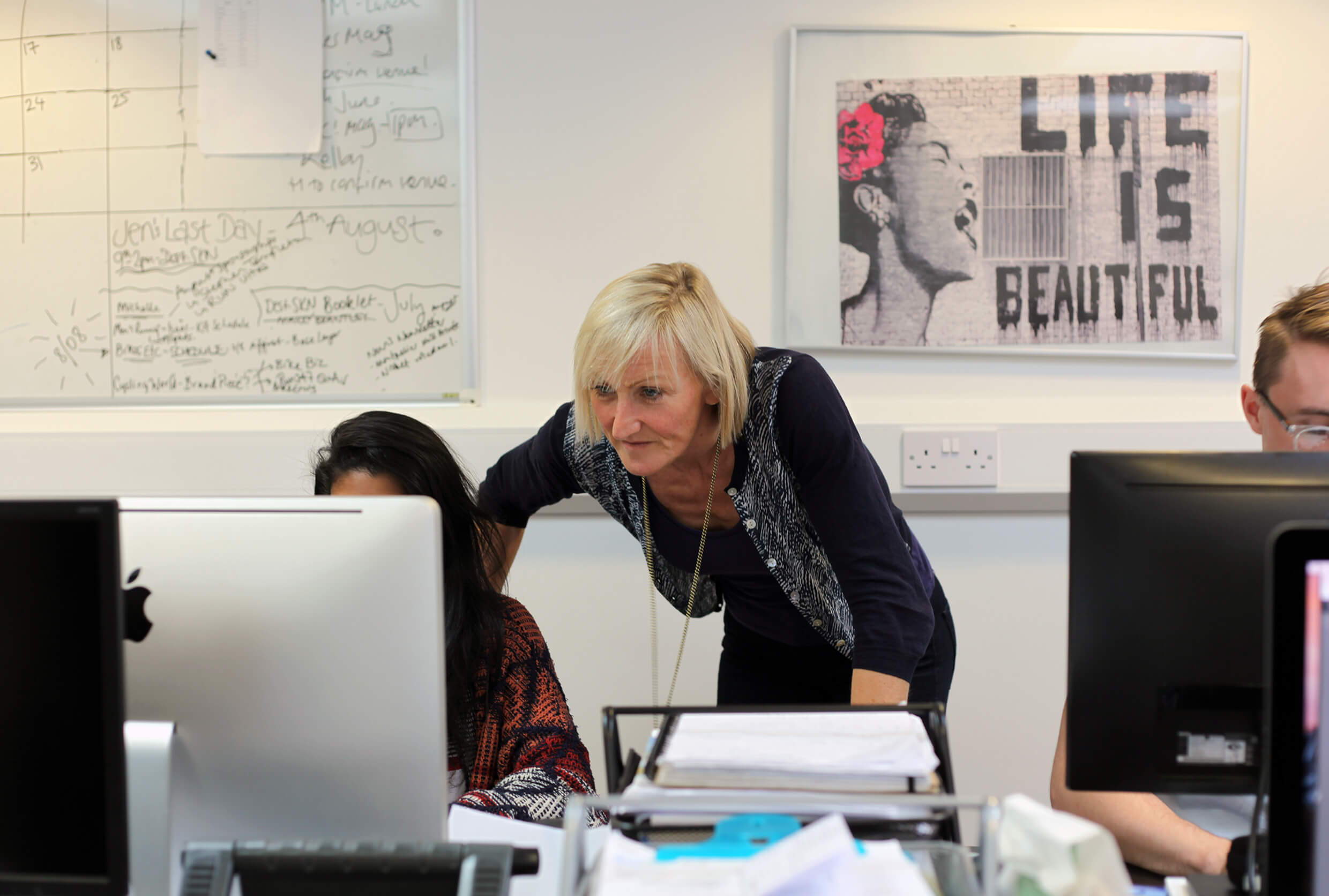 Jane’s first dip in the waters of an ultra-distance event came at Ironman Zurich which, of course, she won. Winning such a prestigious event at her first attempt placed Jane in a unique position: qualifying for Kona after just one race. Her second Ironman event would be the world championships.

She was very conscious that Kona would be a big step up. Her 87 competitors on Hawaii’s ‘Big Island’ would all be more experienced, and would have won an Ironman previously, or at the very least achieved high placings.

In the last 5km of her race on Kona, Jane was in second place, but didn’t realise. Only once the race had ended did she realise how close she’d come to winning. Had she known while the race was on, she might have pushed harder to make up the three-minute deficit on the winner.

What I find most impressive in Jane’s story is not her journey from sofa to marathon to Kona, but her dissatisfaction with finishing on the podium, at the first attempt, in the world championships of one of the most demanding of all sports. The drive to turn second place into first is, for me, the most impressive aspect of Jane’s story.

“I just hammered the bike in the hope that I would have enough left for the run. I always underplay, I always conserve, which I think comes from being a marathon runner, so I never go out too fast. I tried hard to do that and it worked out in 2016.

“I knew I was in with a good chance, but you never know who’s going to turn up. I was hoping it might go well, but I also wanted to enjoy the moment and just do the best that I could. I was thrilled with the win, especially as it was achieved with a decent margin.” 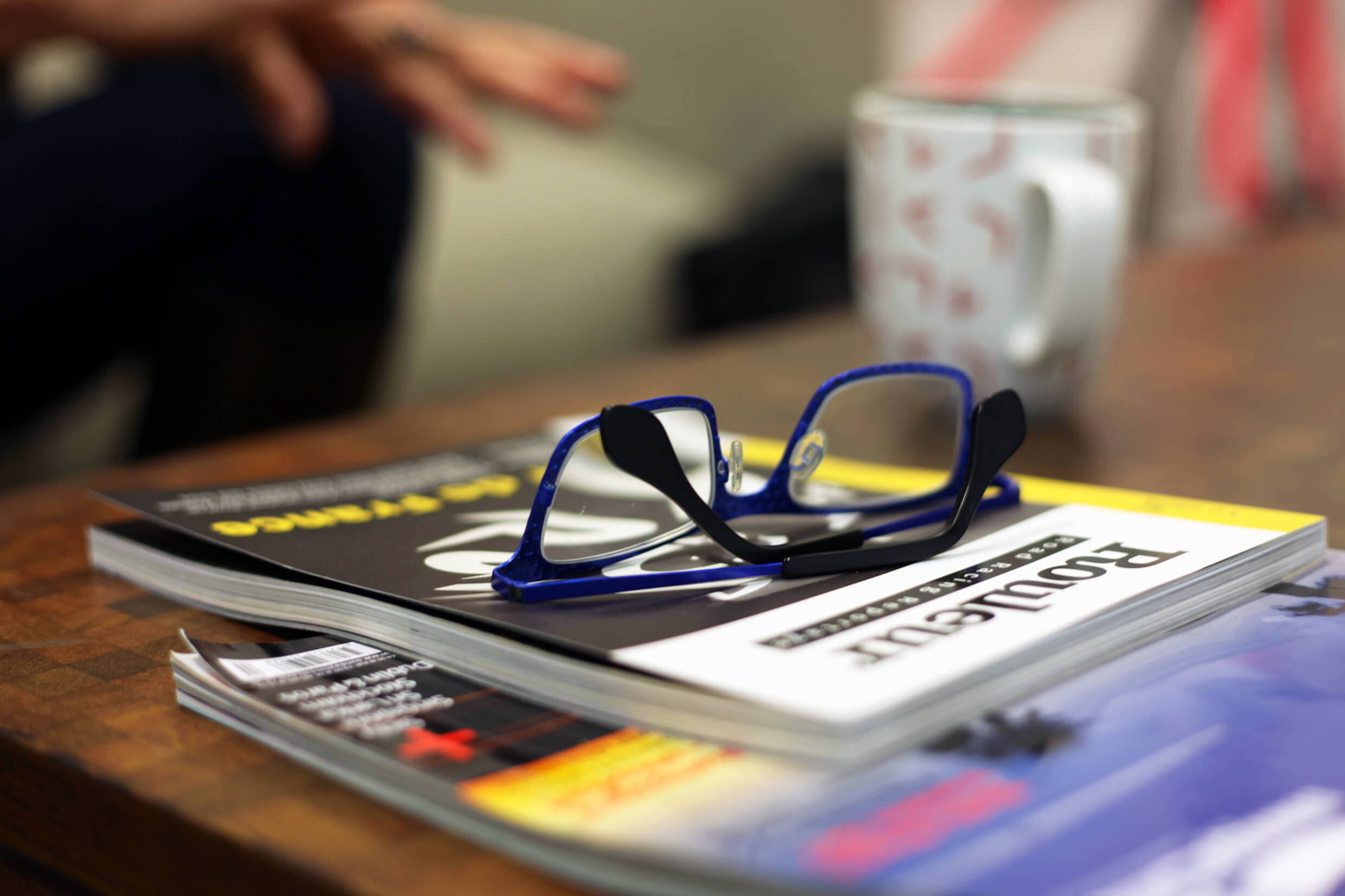 Having achieved the ultimate goal at Kona, as well as recording an impressive result at Challenge Roth, Jane has her eyes set firmly on winning again in Hawaii. What follows is an open book, at present. Jane is a determined character and perhaps greater challenges are on the horizon to test her seemingly endless endurance capability. I put it to Jane that her skill set may be best suited ultra-endurance events, such as the Marathon des Sables or the Sky Running Series.

“I’m a runner, so I like running races the best,” she says. “The Marathon des Sables is absolutely on my radar.”

“I like being served a little adversity in the middle of a race. Certainly, that’s what I liked about the Snowman and the Sandman events with Always Aim High. The Snowman is a good race: it has a 10km cell run at the end, which is not for the faint hearted, but I loved it.

“My friends are all off to The Norseman this weekend, and I would love to do that race, but I’m a wee bit of a wimp when it comes to the cold, and have a huge problem with rain. If I get cold, my body just shuts down, so I’ve written off any cold races.”

Having completed a training camp in Rhodes a few weeks ago, in preparation for Kona, Jane is in good form. In her most recent event, she saw off the challenge of 16 professional triathletes, en route to winning her age group and taking overall victory in the amateur race.

“I know I’m older than a lot of these other athletes and have a full-time job, but I’m still very competitive and I just want to win,” she says.

Her competitors on Kona can consider themselves warned.

"Jane Hansom - The Iron Lady" | Written by the Team at KitBrix