Free delivery on orders over £50

Ben Deakin, better known to his followers as ‘Deakinator1’, is a former Royal Marine, and now full-time mountain biker.

The seemingly carefree lifestyle presented to his large and growing Instagram audience (33k and counting) disguises a treacherous military past encounter and an impressive riding talent. Last year, Deakin was crowned British downhill champion, in the masters category.

Gregarious, and with an attitude to riding focussed in equal measure on enjoyment and results, he is one of a host of talented riders local to our headquarters in Poole, on the Dorset coast. We caught up with Ben at a café close to his home in Swanage, during some post-Christmas downtime, to learn more about his plans for 2018. 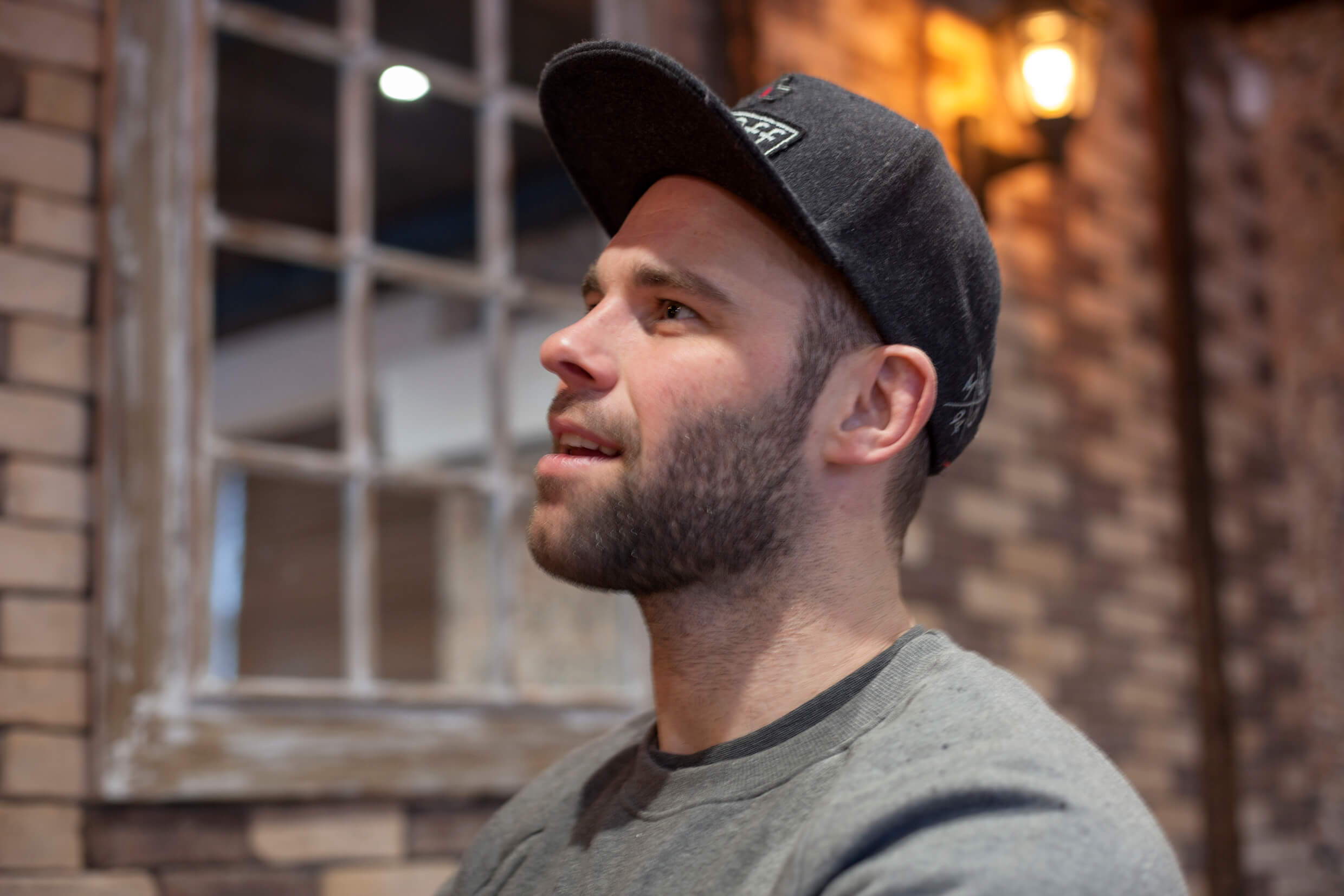 Ben is very aware of how lucky his is to be in this position, but also reminds me that this his presence on podiums is only achieved through hard work. The more serious side to ‘The Deakinator’ is often overlooked. The light-hearted posts on his social media accounts and YouTube channel do not do justice to his talent. The results page on British Cycling’s website offers a more accurate portrayal of his abilities than Instagram Stories.

Maybe this is the key to his growing success: results first, social second, fun inevitable. Mountain biking’s viral presence has made stars of the most talented and daring riders. Ben could be forgiven for his total embrace of social media, and for attempting to carve a niche for himself as the online king of downhill mountain biking, even if he wants to explore a world beyond racing.

“I like competing and I like getting results. You see the good times and the elements that make this career choice so much fun, but at the end of the day, my credibility stands up because of what I have achieved on the podiums.”

Ben understands that a competitive career is for a set period, and his real skill seems to be striking a balance that allows him to compete, have fun and ultimately forge a career from something he loves.

Ben is known as one of the fastest riders in southern England, and his results last year included a second place at the Megavalanche 2017 (Male over 30), an age group victory at Crankworx New Zealand Air DH, and third in the English championships, as well as the aforementioned British Downhill masters title. He also holds the title of Hardtail National Champion.

“There are some riders still competing at the highest level well in to their mid-thirties, so I still have time on my side.”

" Without warning, Ben and his colleagues on the rooftop were engaged by enemy fire, and all three were hit in the legs. With adrenalin running high, they jumped 15ft from the rooftop into cover. " 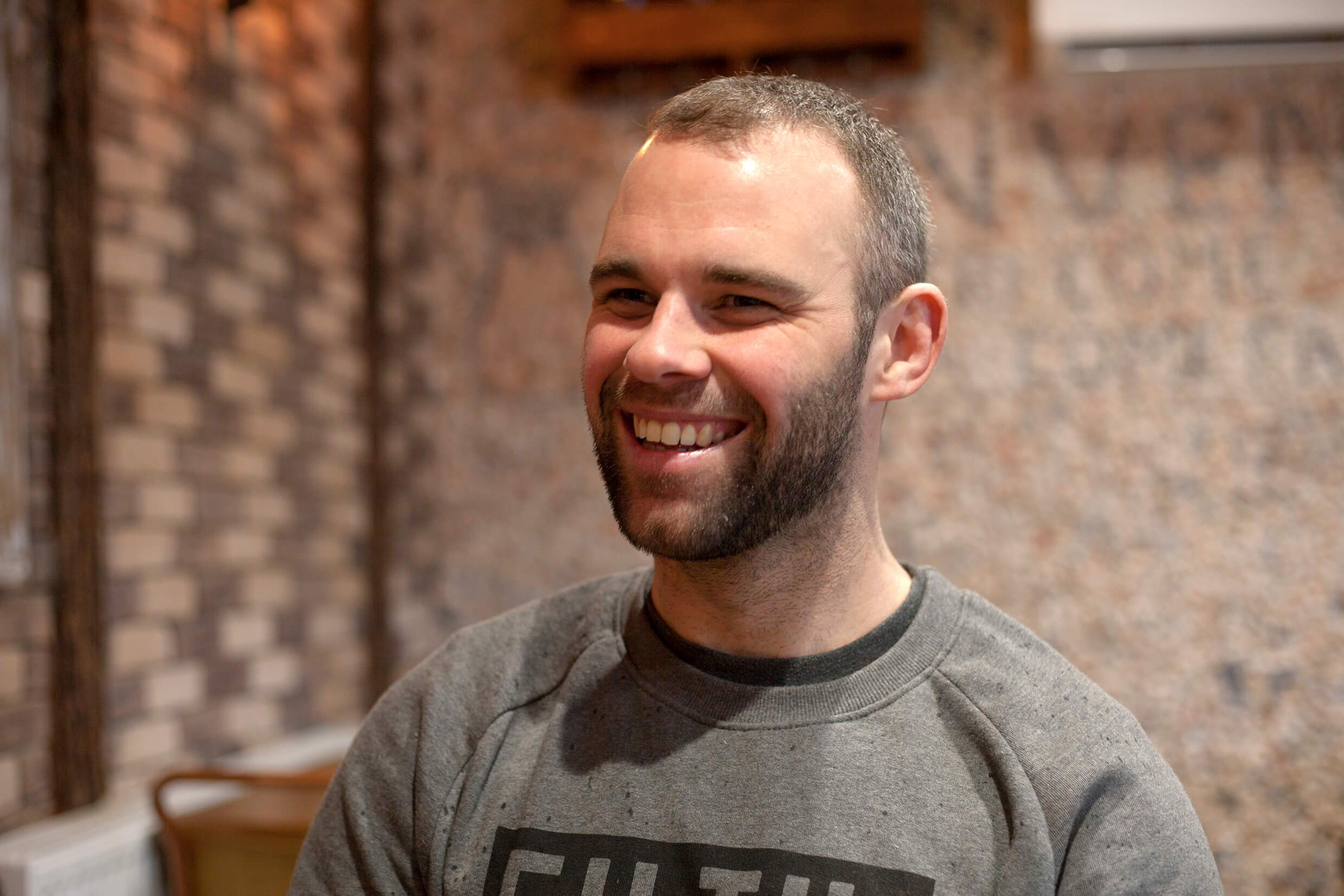 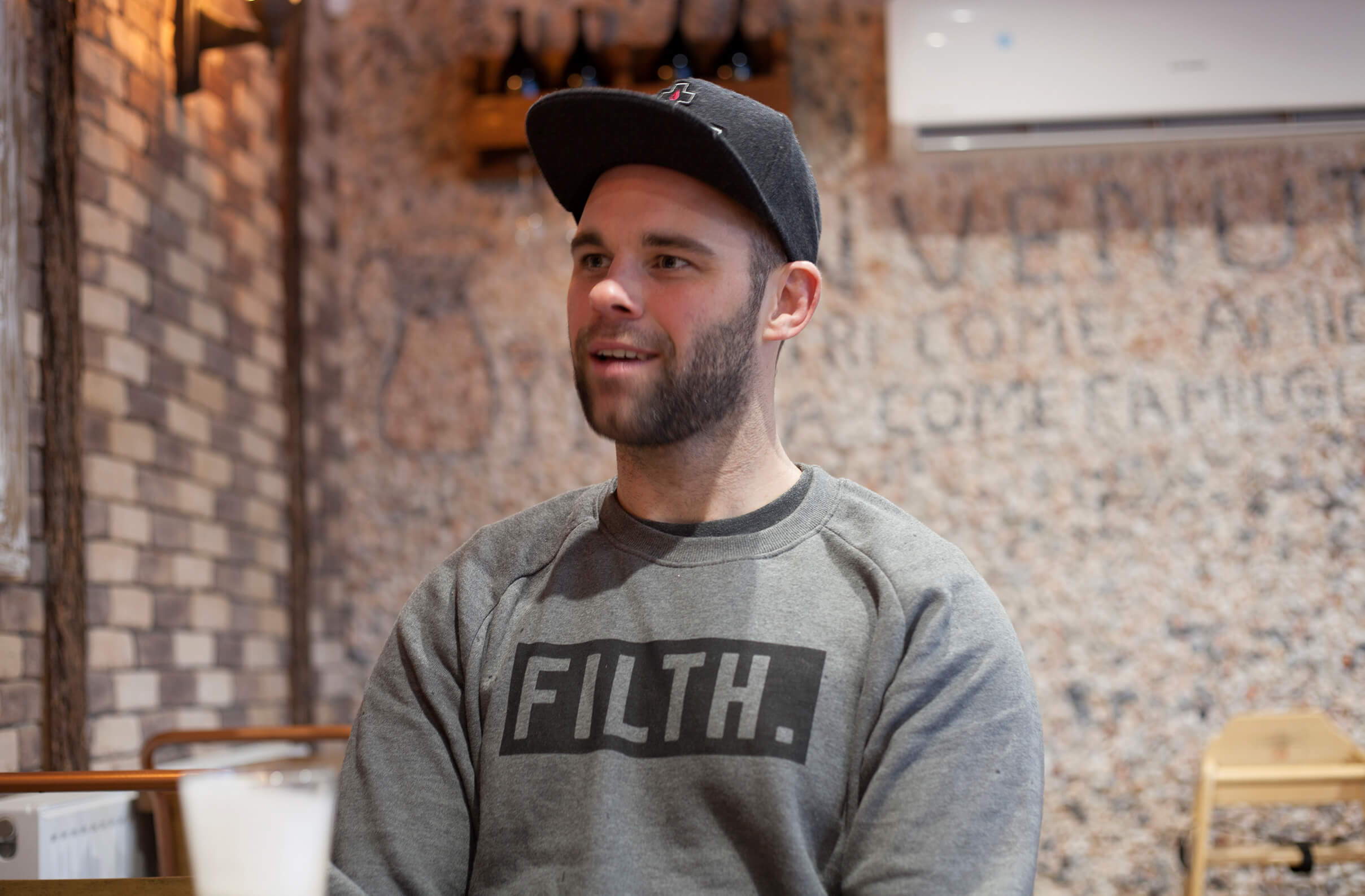 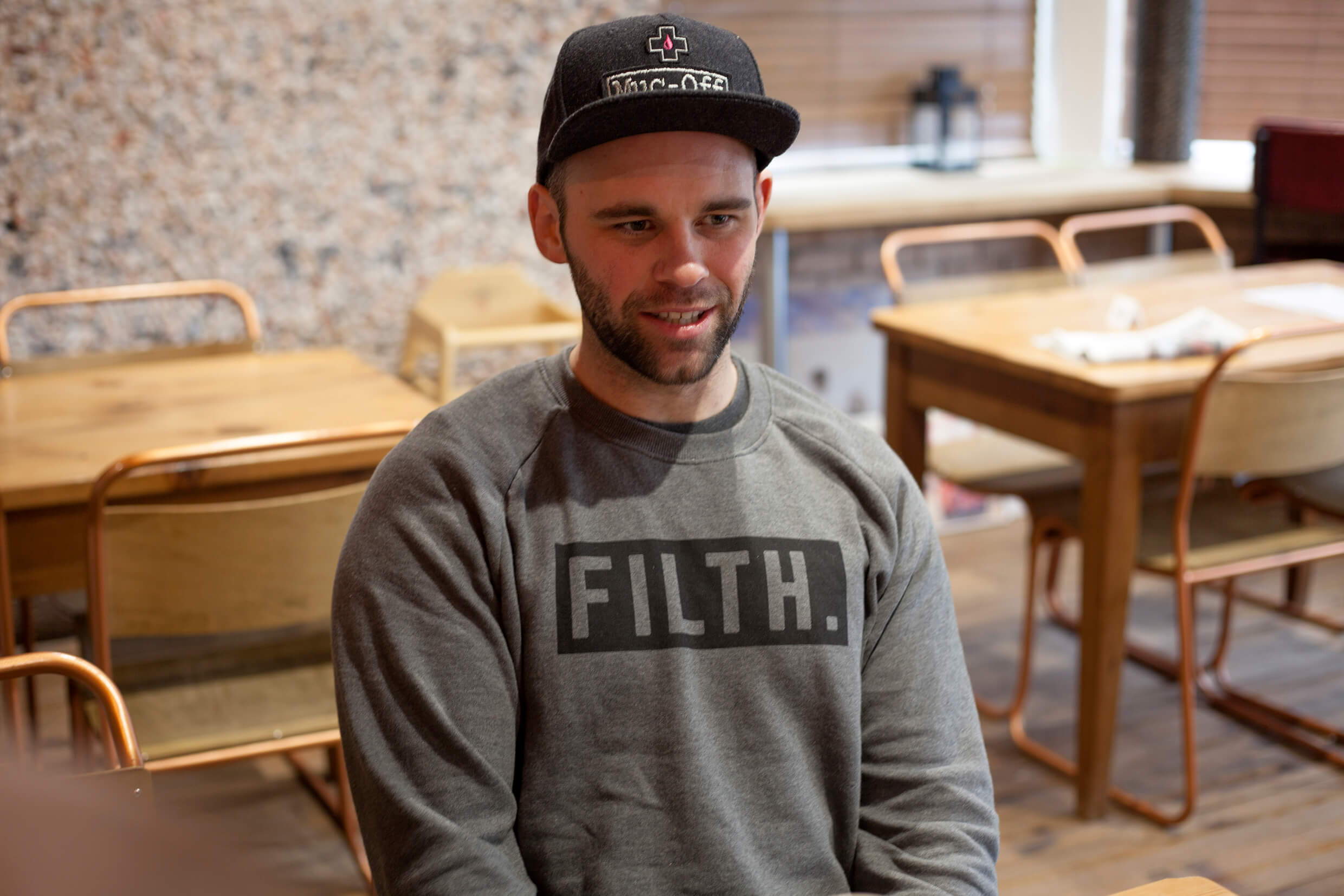 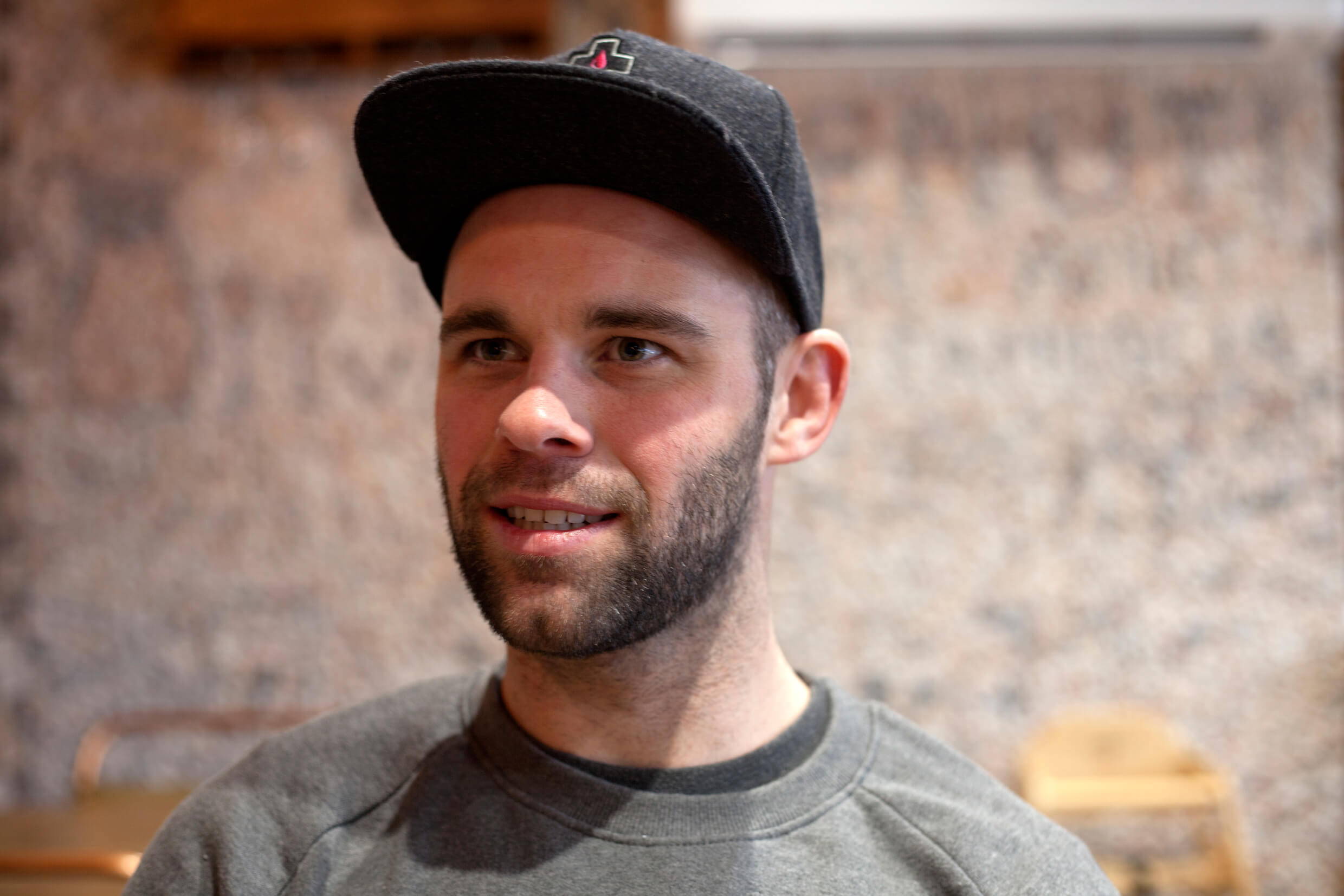 Having seen the world through a different lens during his tours in Afghanistan, you get the sense that Ben lives every moment, and tries to seize opportunity when it arises. His natural competitive instinct, which is probably what led him to an career in the military, spurs him to hold his place among the stars of the Crankworx circuit.

After finishing his schooling, Ben completed a college course in the fundamentals of outdoor expeditions. Seeking the ultimate test, he applied to join the Royal Marines, and embarked on one of the most gruelling basic military training regimes in the world.

Becoming a Royal Marine is no easy task, but Ben’s sense of humour offers a clue to his personality. He is the type of guy who, even when the chips are down, will do something to improve the morale of his colleagues. I suspect that his refusal to be beaten underpins his competitive streak, while his fun-loving persona – an invaluable asset in high-pressure military scenarios – has made him an instant hit online.

“I can honestly say that being one of 12 recruits from a pool of 120 to pass through basic training is the best feeling ever, and that nothing on earth comes close to earning my Green Beret by completing the last Commando test: a 30-mile trek across uneven ground on Dartmoor, with 40lbs of kit and a rifle. 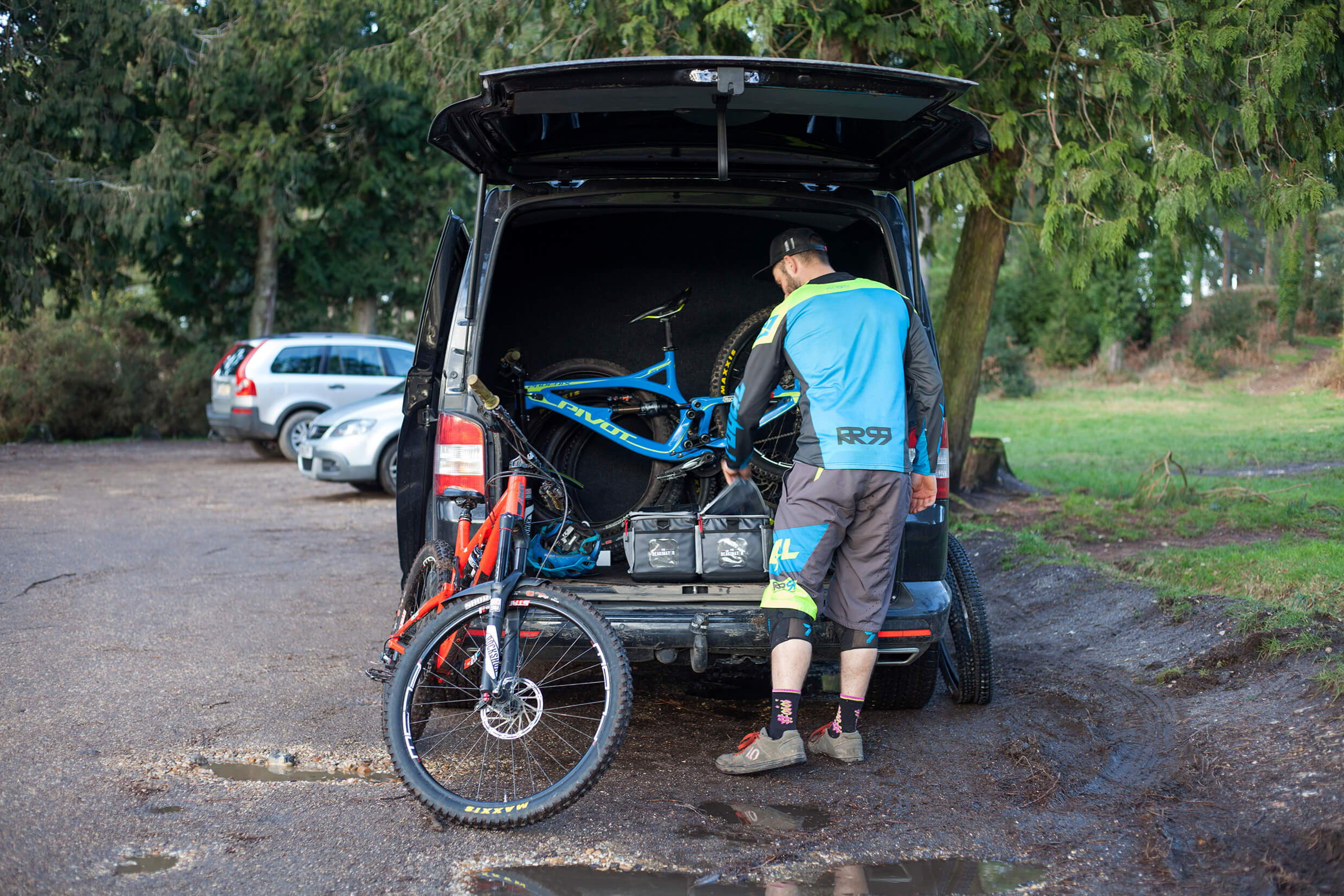 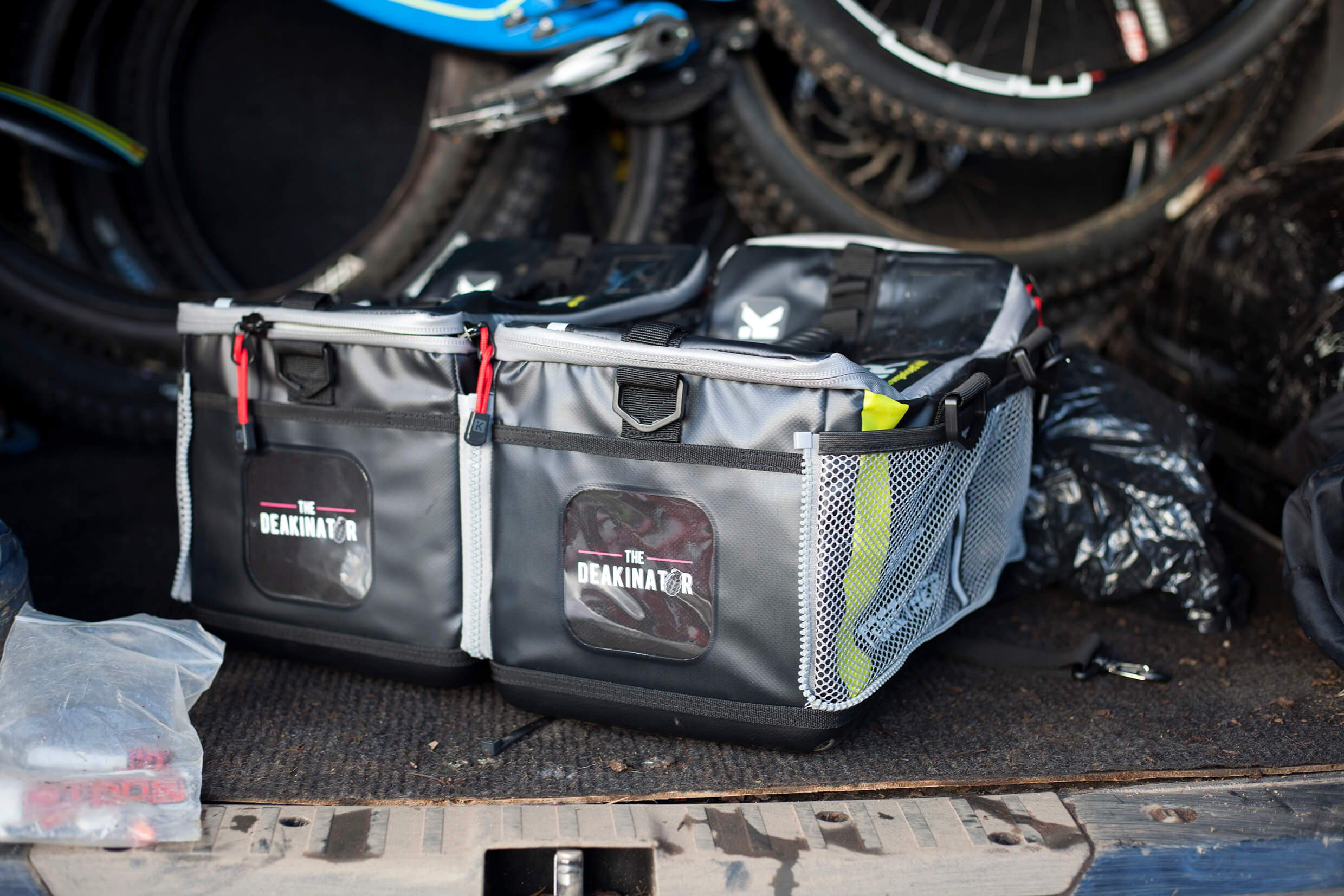 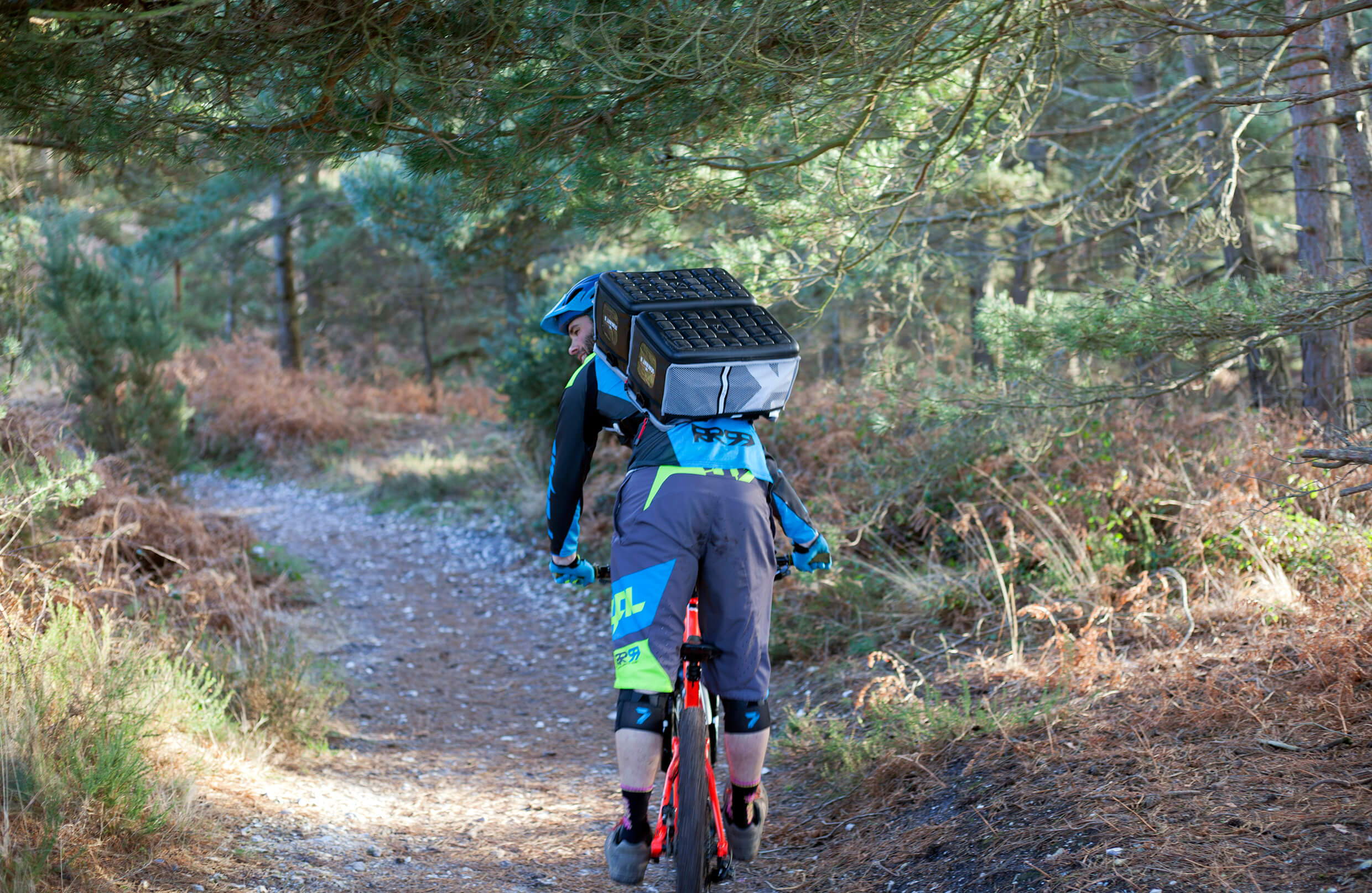 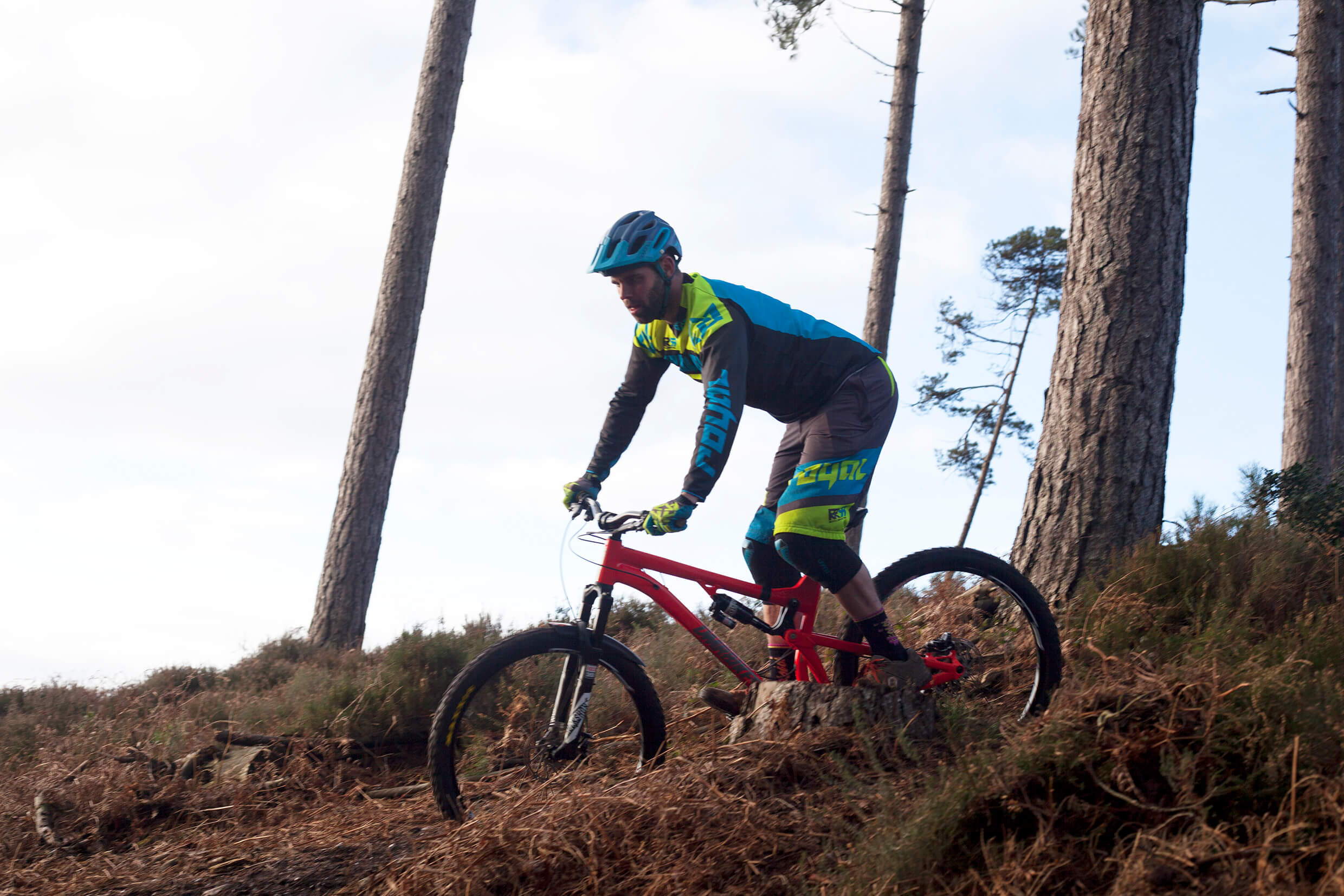 “After basic training, I was deployed on a number of exercises all around the world, including combat operations in Afghanistan, which turned out to be my first and last tour in the Marines.”

On the 4th of November 2007, Ben and his Troop went out on a clearance patrol in Helmand Province near the Kajaki Dam. Stationed on a rooftop with two other marines, Ben was tasked with providing cover fire for his colleagues on the ground.

Without warning, Ben and his colleagues on the rooftop were engaged by enemy fire, and all three were hit in the legs. With adrenalin running high, they jumped 15ft from the rooftop into cover. Realising that he had just dislocated the foot in which he’d been shot, he found himself in a difficult situation, to put it mildly.

"All the lads around us quickly put some fire power down range at the enemy, while the medics assisted the two guys who were slightly worse off than me. Both suffered entry and exit wounds from the bullets."

“Luckily for me, I’d been wounded by the same bullet that had passed through one of the other guys, which slowed it down enough that it didn't continue all the way through my ankle. We gradually made it back to the helicopter, where we sustained another casualty: a guy who had been shot in the thigh. Eventually, we all made it out of there alive. I can’t thank the lads enough for their efforts that day.”

Back in the UK, Ben was offered an operation that would fuse his ankle, and a career behind a desk supporting operations, but this was never going to be his style. With a medical discharge, Ben returned to the sport he loved, and which helped him to rebuild his life after such a traumatic episode.

It is typical of Ben to pay testament to his colleagues, the other men who had been injured more severely in battle, supporting my theory about his decision to live every moment of his new life to the maximum.

Ben epitomises the ethos of having fun while riding your bike. Travelling the world and riding with his mates, Ben has become known as the guy who brings the good times, and he is quickly developing a brand around the strongest of his personality traits. His first dip into the apparel market has seen people scrambling after his ‘Oi Oi’ socks.

“I didn’t expect me saying ‘Oi Oi’ after my videos to become a thing. You can imagine me driving around Swanage in my old-school Vauxhall Nova, aged 17, having that said to me in jest. It’s all a bit tongue-in-cheek, but the kit is great. It performs and offers a bit of fun.”

Ben has a similar approach. Polite, capable, and one of those guys you just want to hang out with, I for one am looking forward to following Ben on his adventures in 2018, and winding down my window for a few Oi Oi’s in the future. 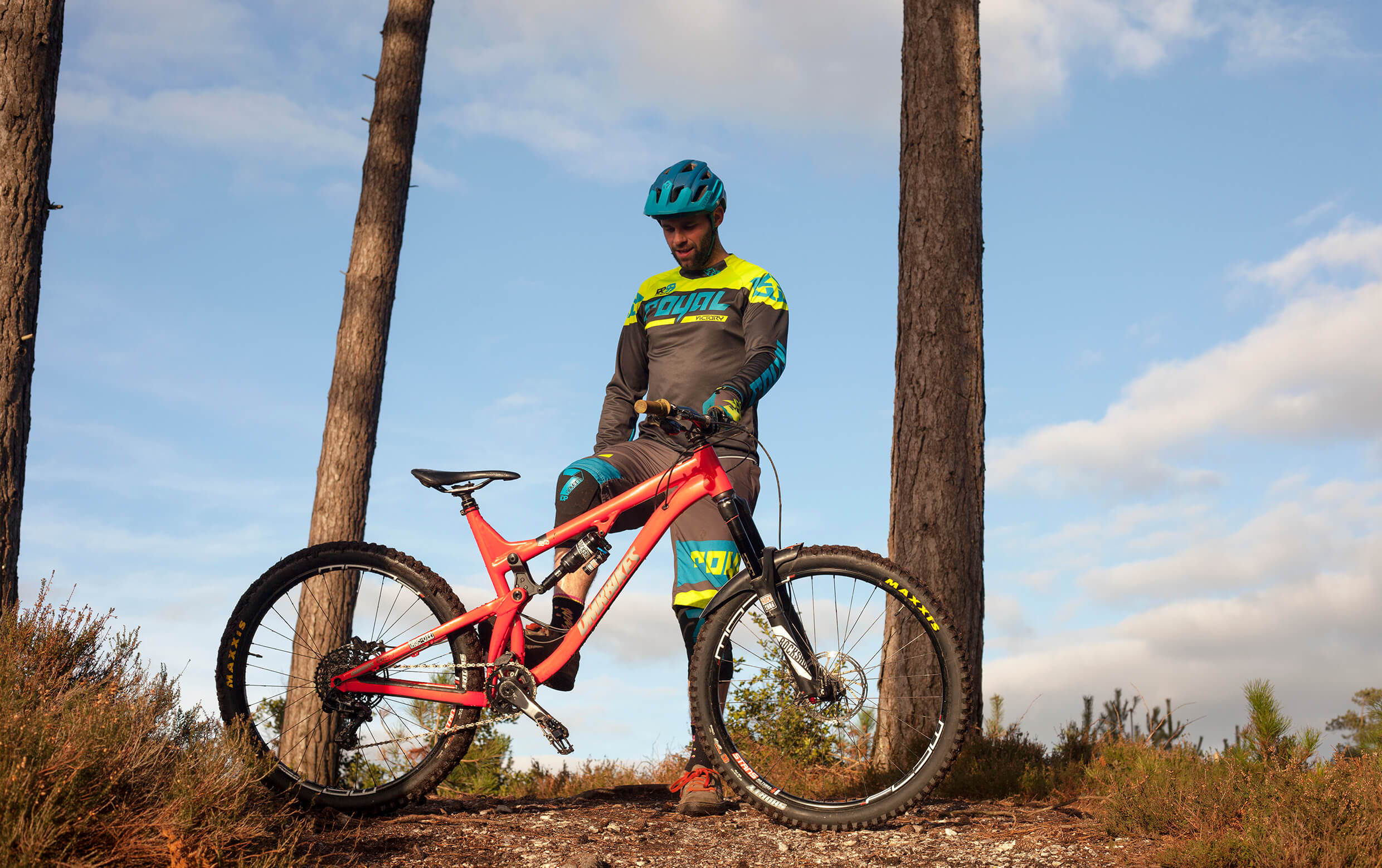 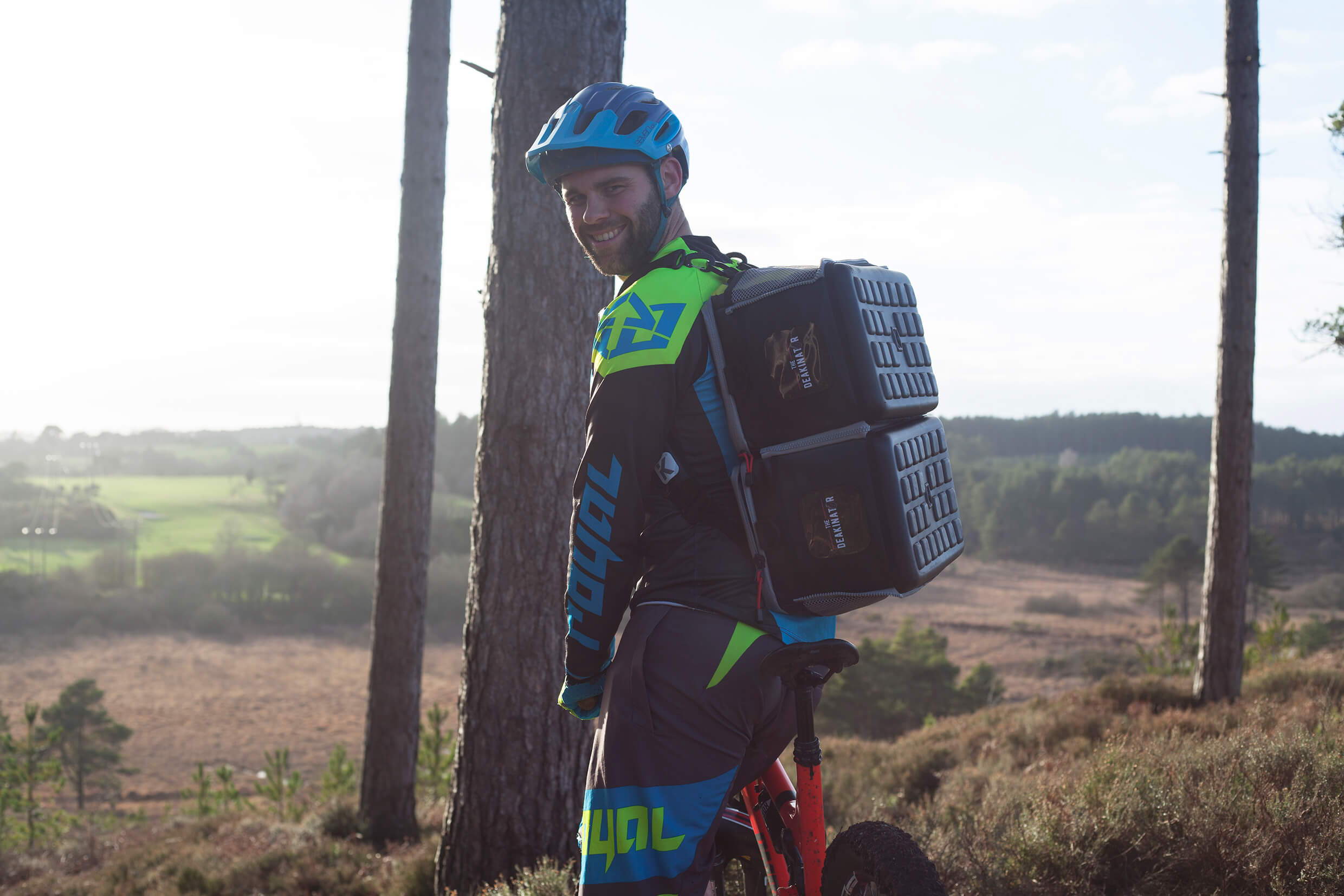 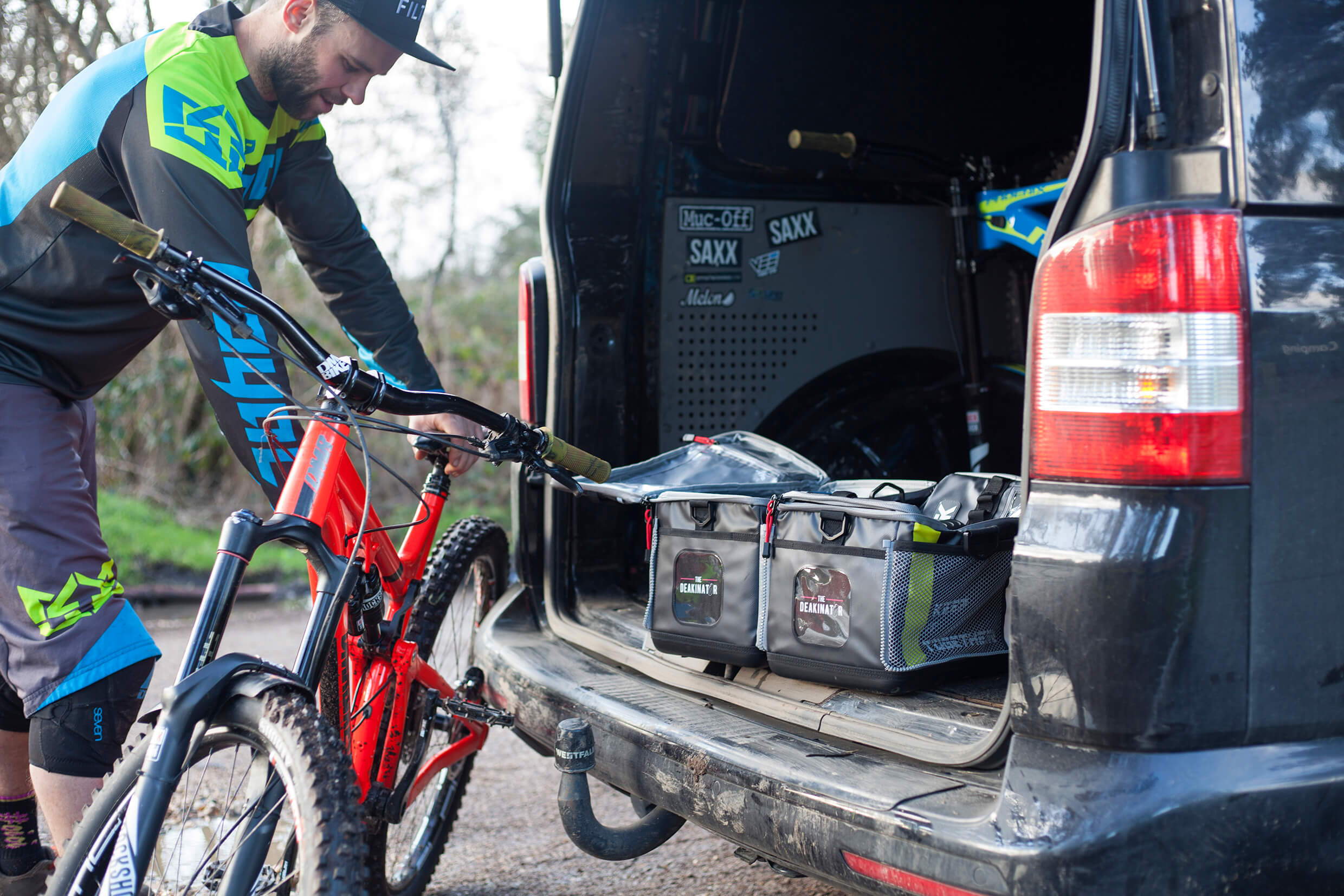 "Interview | Ben 'The Deakinator' Deakin " | Written by the team at KitBrix.

Get your name down for the latest news, inspiration and exclusive promotions. No inbox clogging, no nonsense.